We’ve never needed new economic thinking like we do right now. The economic effects of the COVID-19 crisis are again laying bare the failings of traditional economic thinking. But it is also forcing our institutions toward beneficial policies that would usually be anathema to orthodox understandings.

Evonomics has published hundreds of articles over the last four years that rationalize and explain what we need to do today, and why. Below is a guide to those articles. We hope you, our readers, will find them as fascinating and useful as we do.

New economic thinking can change the world, for the better. Please join us in sharing these ideas, and turning them into actions.

COVID-19 is a classic Tragedy of the Commons problem: everyone acting in their own self-interest leads to worse outcomes for the collective. But Nobel Laureate Elinor Ostrom has a solution to that tragedy: design principles for the commons. “Social Distancing” and “flattening the curve” are examples of community design principles for managing our common health and healthcare resources.

The Tragedy of the Commons: How Elinor Ostrom Solved One of Life’s Greatest Dilemmas by David Sloan Wilson

The Woman Who Saved Economics from Disaster by David Sloan Wilson

Neoclassical economics claims that “greed is good”—by following one’s own self-interest, “all boats rise.” Unfortunately, we have evidence—from biology to anthropology to sociology to economics—that it simply isn’t true. Only through pro-social, cooperative behavior can we all thrive. It’s time to put these principles into practice as we collectively tackle COVID-19.

Where Do Pro-Social Institutions Come From? By Pseudoerasmus

You Might Have Earned It, But Don’t Forget That Your Wealth Came from Society by Ryan Avent

Are We Cooperative or Competitive? Our View Shapes the Economy by Sandra Aamodt

Parasites, Security, and Conflict: The Origins of Individualism and Collectivism by Daniel Hruschka

Economics Doesn’t Have to Be Immoral

Neoclassical economics distorts Darwin’s theory of evolution to argue that making more money must be morally good because the “invisible hand” rewards “fitness.”  But if we consult the research—from biology to anthropology—this “just so story” doesn’t begin to represent the complexity of human evolution. We evolved economic morality. It’s time to put it into practice.

What Is the Role of Morality in a Capitalist Economy? by Peter Turchin, Branko Milanovic, Herb Gintis, Robert Frank

How Bad Biology is Killing the Economy by Frans de Waal

Banks Gone Bad: How Our Evolved Morality Has Failed Us by Christopher Boehm

It’s Time for New Economic Thinking Based on the Best Science Available, Not Ideology by Eric Beinhocker

Inequality Made Our Economy Fragile. COVID-19 Could Break the Camel’s Back.

COVID-19 is a sneeze that triggers an avalanche of long-existing structural problems—most centrally our rampant economic inequality. We must take this crisis as a wake-up call to finally take structural action to end our long-time crisis of inequality.

“Trickle-down” economics, austerity, and the evisceration of the social safety net make us—both collectively and individually—much more vulnerable to emergencies. This is especially true for members of the working and service class who are disproportionately either out of work or on the front lines as healthcare workers, grocery store workers, etc. Without robust investment in the social safety net, this crisis will get worse, and we will repeat it again in the future.

Now Is the Time for Universal Income

Economists and thinkers have been discussing Universal Income (sometimes called Universal Basic income or UBI) for decades. It could prove a solution to outsourcing, automation, and the resulting lack of jobs. But it’s even more essential now with 3.3 million Americans applying for unemployment in a single week. Universal Income’s time came long ago; now we increasingly have no choice.

How to Pay for Universal Basic Income by James K. Boyce and Peter Barnes

The Conversation About Basic Income is a Mess. Here’s How to Make Sense of It. by Charlie Young

The Basic Income and Job Guarantee are Complementary, not Opposing Policies by Brad Voracek 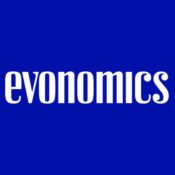