For a few decades we thought the end of history had arrived and political battles in most OECD countries were between centre-right and centre-left parties arguing in a narrow political spectrum, but largely agreeing on issues such as free trade, the benefits of immigration, the need for flexible efficient markets, and the positive role of global finance. This consensus was reinforced by international institutions such as the IMF, World Bank, and OECD, and the Davos political and business elite.

In 2008 that consensus was rocked, last year it crumbled. Some will cling on to the idea that the consensus can be revived. They will say we just need to defend it more vigorously, the facts will eventually prevail, the populist wave is exaggerated, it’s really just about immigration, Brexit will be a compromise, Clinton won more votes than Trump, and so on. But this is wishful thinking. Large swathes of the electorate have lost faith in the neoliberal consensus, the political parties that backed it, and the institutions that promoted it. This has created an ideological vacuum being filled by bad old ideas, most notably a revival of nationalism in the US and a number of European countries, as well as a revival of the hard socialist left in some countries.

History tells us that populist waves can lead to disaster or to reform. Disaster is certainly a realistic scenario now with potential for an unravelling of international cooperation, geopolitical conflict, and very bad economic policy. But we can also look back in history and see how, for example, in the US at the beginning of the 20th century Teddy Roosevelt harnessed populist discontent to create a period of major reform and progress.

So how might we tilt the odds from disaster to reform? First, listen. The populist movements do contain some racists, xenophobes, genuinely crazy people, and others whom we should absolutely condemn. But they also contain many normal people who are fed up with a system that doesn’t work for them. People who have seen their living standards stagnate or decline, who live precarious lives one paycheque at a time, who think their children will do worse than they have. And their issues aren’t just economic, they are also social and psychological. They have lost dignity and respect, and crave a sense of identity and belonging.

They feel – rightly or wrongly – that they played by the rules, but others in society haven’t, and those others have been rewarded. They also feel that their political leaders and institutions are profoundly out of touch, untrustworthy, and self-serving. And finally they feel at the mercy of big impersonal forces – globalisation, technology change, rootless banks and large faceless corporations. The most effective populist slogan has been “take back control”.

After we listen we then have to give new answers. New narratives and policies about how people’s lives can be made better and more secure, how they can fairly share in their nation’s prosperity, how they can have more control over their lives, how they can live with dignity and respect, how everyone will play by the same rules and the social contract will be restored, how openness and international cooperation benefits them not just an elite, and how governments, corporations and banks will serve their interests, and not the other way around.

This is why we need new economic thinking. This is why the NAEC initiative is so important. The OECD has been taking economic inequality and stagnation seriously for longer than most, and has some of the best data and analysis of these issues around. It has done leading work on alternative metrics other than GDP to give insight into how people are really doing, on well-being. It is working hard to articulate new models of growth that are inclusive and environmentally sustainable. It has leading initiatives on education, health, cities, productivity, trade, and numerous other topics that are critical to a new narrative.

But there are gaps too. Rational economic models are of little help on these issues, and a deeper understanding of psychology, sociology, political science, anthropology, and history is required. Likewise, communications is critical – thick reports are important for government ministries, but stories, narratives, visuals, and memes are needed to shift the media and public thinking.

So what might such a new narrative look like? My hope is that even in this post-truth age it will be based on the best facts and science available. I believe it will contain four stories:

This last point doesn’t get discussed enough. Periods of progress are usually characterised by idealism, common projects we can all aspire to. Populism is a zero-sum mentality – the populist leader will help me get more of a fixed pie. Idealism is a positive-sum mentality – we can do great things together. Idealism is the most powerful antidote to populism.

Finally, economics has painted itself as a detached amoral science, but humans are moral creatures. We must bring morality back into the centre of economics in order for people to relate to and trust it. All of the science shows that deeply ingrained, reciprocal moral behaviours are the glue that holds society together. Understanding the economy as not just an amoral machine that provides incentives and distributes resources, but rather as a human moral construct is essential, not just for creating a more just economy, but also for understanding how the economy actually creates prosperity.

In short, it is time to forge a new vision that puts people back at the centre of our economy. To paraphrase Abraham Lincoln, it is time to create an economy that is “of the people, by the people, for the people.” We are truly at a fluid point in history. It could be a great step backwards or a great step forwards. We must all push forwards together.

Based on remarks originally delivered to the OECD New Approaches to Economic Challenges workshop, December 14, 2016, Paris.

Economist Herbert Gintis: Where New Economics Meets Old
Why Welfare and Redistribution Saves Capitalism from Itself
Stop Crying About the Size of Government. Start Caring About Who Controls It.
Failed Economics: Tyranny of Mathematics and Enslaved by the Wrong Theory 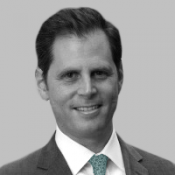 Eric Beinhocker is the Executive Director of the Institute for New Economic Thinking at the Oxford Martin School, University of Oxford. Follow him: @EricBeinhocker
Share This Article
Share with your friends
Submit