Before Copernicus, mankind knew that the earth sat motionless at the very center of the universe with the sun and stars turning around it. After Copernicus, we knew the earth was just a minor planet orbiting an unremarkable star. He was the first of the scientific revolutionaries, but he was not the last. He has been followed by a long and glorious list of imitators. These copycat revolutionaries borrowed his scientific methods and to a surprising degree also used very similar imaginative tricks to turn their own fields into sciences.

All that Copernicus did was to describe the universe in a simpler, more logical way. Copernicus provided conceptual efficiency. His triumph was in the elegance of his model, which allowed subsequent workers to think more clearly. What economics needs today is a similarly simplifying paradigm shift enabling us to begin thinking more clearly about the way our economies really work.

Drawing a parallel between the confused state of economics today and the state of astronomy prior to its revolution, I argue that trying to fix the confusion in economics requires that we dig down to the level of paradigms—in the manner outlined by philosopher of science Thomas Kuhn. This article takes the paradigm offered by Darwinian evolution and shows how it can help clean up some of the mess creating divisions among the mutually incompatible schools of thought that splinter the field of economics today.

If we accept, as I suspect most educated people do, that humans are the product of a long succession of evolutionary pressures, then we must logically concede that we have inherited traits from our ancestors. Furthermore, we must accept that our ancestors had to compete with their peers for resources in order to survive and that we are the product of whichever humans happened to be the best competitors. Darwinian evolution is therefore itself the most powerful reason to believe that we have evolved an innately competitive spirit. Certainly we are smart enough to coordinate our decisions into cooperative rather than competitive behaviour, but even this is often to foster competition at a group level rather than an individual level.

When we were evolving on the planes of Africa into the tribal, social animals that we are today, was it more important that we were able to run fast or that we could run faster than our neighbour? My guess is that when a lion was looking for lunch, the most important thing was not to run fast; it was to run faster than the person next to you. That is to say, it was the ability to compete successfully that ensured survival.

The issues that Darwinian competition throws up for the Neoclassical and Marxist schools of economics are interesting but what it implies for the Libertarian school is positively fascinating. The Libertarian paradigm is one in which the ideal economy will arise out of a social system as close to a natural one as possible. To the Libertarians, a world of minimal government interference – with little or no taxation or regulation – is optimal. In this world everyone is free to get on with their own life, free to do the best they can.

It is a lovely story; I certainly found the idea initially appealing. Unfortunately, there is the nagging problem of the experimental data, which somehow just does not chime with the Libertarian ideal. Afghanistan and Somalia have got little in the way of government and regulation but they are hardly the utopian power houses of economic progress described by Libertarianism. I shall be brave here and boldly state that there is not one example of a successful society run along Libertarian principles on earth today. What’s more, I can confidently state that there never has been and never will be such a society. The reason for this is the darker side of our Darwinian nature.

The neoclassical economists often talk of their models as representing competitive processes and often argue that their theories are built in accordance with the natural competitive forces recognised by Charles Darwin. But when they come to actually do the mathematics, they do not model competition; they model maximisation. There is a very good reason for modelling the economy using the assumption of maximisation rather than competition. Modelling maximising behaviour is trivial, modelling competitive behaviour is fiendishly difficult.

Let’s say, for example, that you want to build a model to predict the next 100 meter time for the fastest human live, Usain Bolt. If you wished to model this as a Neoclassical economist would, you might take the results of his last ten races, plot the results on a chart and take the average. If you wanted to be a bit more sophisticated, you might even fit a line through the points and extrapolate his next result. Either way, all you need to know about is Bolt himself. On the other hand, if you want to model Bolt as a competitor you need to know about everyone he is racing against. If he is racing against the second-, third- and fourth-fastest sprinters in the world, your model should predict a time that is just a bit faster than any of those runners could run. If he’s running against three blokes he happened to meet last night in the pub, the model should predict a much slower time. But then again, if one of the people in the pub happened to be fellow Jamaican sprinter Yohan Blake, the model would have to be adjusted again.

The core idea of the neoclassical school of economics is to build mathematical models to describe the economy based on fundamental principles. It is worth revisiting those principles:

Consider for a moment what happens if we replace maximisation with competition. Competition, as discussed, is fundamentally a relative not an individualistic process. So the first principle of individual decision making will have to be discarded. But if we introduce competition and discard individualism can we be sure of retaining equilibrium?

So we have a problem with the Neoclassical school of economics that is quite fundamental. The problem lies not with the details of its models but with its core axioms. If we humans really behave as competitors rather than optimisers, all three of the axioms of mainstream economics are simply wrong. Recall that when Copernicus changed only one of the two axioms of Ptolemaic astronomy he ended up changing the whole of the science of astronomy. If we adopt a Darwinian competitive paradigm we have to change all three of the axioms of economics at once.

Making this intellectual shift threatens the school of Neoclassical economics. It also threatens the naïve Libertarianism of economies that operate free from institutional supports (regulation and taxation consistent with human social behavior)—all because of a basic confusion about the difference between competition and maximization.

I believe economics is ready to become a proper science. But first, we’ll have to systematically critique the shortfalls of all political ideologies to show where they are consistent with the science and where science and ideology diverge from each other.

This article draws upon writings in Money, Blood, and Revolution: How Darwin and the Doctor of King Charles I Could Turn Economics Into A Science where a case is made for the field of economics to go through a “paradigm shift” transitioning from pre-scientific confusion to properly-scientific coherence as a field of study. Before it can do this, I argue, resistance will have to be overcome from ideological camps—and particularly, Libertarians, whose views of Darwinian evolution are often misinformed. 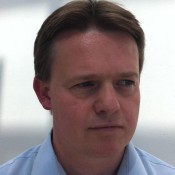 George Cooper has worked for Goldman Sachs, Deutsche Bank, J.P. Morgan and BlueCrest Capital Management in both fund management and investment strategy roles. Prior to joining the City, George worked as a research scientist at Durham University. Twitter: @FixingEconomics
Share This Article
Share with your friends
Submit