Is it possible that evolutionary theory can explain how the U.S. came to have the highest levels of child poverty and economic inequality of any developed nation? I think it can. It also can help us evolve a more nurturing form of capitalism, one in which people are more caring and productive, and they place greater value on the wellbeing of every member of society.

We certainly have room for improvement. The U.S. has one the highest rates of child poverty among economically developed countries and it is harming our children. Families living in poverty have more conflict, which leads to childhood aggression and all of the social and academic failures that result from being aggressive.1 When you are raised in poverty, it produces life-long changes in your physiology, which increases your chances of diabetes and death from heart attacks and strokes. Even if you escaped from poverty as an adult, you would have a 20 to 40% higher risk of developing heart disease.2

Most Americans think that we have an egalitarian society in which a young person on the bottom rung of the economic ladder can readily move up. But it is a myth. A young American is much less likely to get out of poverty than a young person in Germany, Sweden, Canada, Finland, Norway, or Denmark.

Inequality matters. Countries with higher levels of inequality have lower life expectancy, higher infant mortality, more homicides, more teenage births, less trust, more obesity, more mental illness and drug abuse, and less social mobility.3 Even if you are one of the wealthier people in society, you have a lower life expectancy than wealthy people in societies that are more egalitarian.

If you are under forty, you may not realize how much the U.S. has changed since the 1960s. Poverty among the elderly has declined from 30% to 8.9% thanks to Medicare. But in most other respects, the wellbeing of a sizable proportion of our population has diminished. Child poverty has risen from about 15% in 1975 to 22% in 2014. So has inequality.

Hacker and Pierson4 enumerated the ways in which changes in U.S. laws and regulations led to this situation. Policymakers failed to (a) increase the minimum wage and index it to inflation; (b) update or enforce laws regulating unions; (c) expand the Earned Income Tax Credit or government efforts to encourage its use; and (d) prevent the erosion of company-provided pension plans. And under the thrall of free-market ideology, government has failed to regulate the financial industry. It has allowed the development of usurious lending practices, such as payday loans, which have led many poor people to fall into inescapable indebtedness. They failed to regulate new financial instruments, which fueled the housing bubble. Once bankers could bundle mortgages and sell them to investors, the incentive to be sure the borrower could repay the mortgage was undermined. The result was more than a million Americans losing their homes when the recession hit.

Last but far from least, the business advocacy movement has been able to change public policy regarding campaign contributions. One facet of the movement was the creation of the Federalist Society, an organization of lawyers dedicated to conservative and libertarian principles that was formed in 1980 by law students at Yale, Harvard, and the University of Chicago. Among its members are four Supreme Court justices: Antonin Scalia, Samuel Alioto, Clarence Thomas, and John Roberts. All of these justices voted in favor of decisions that expanded the ability of wealthy people and corporations to give money in support of their candidates.

So why did public policymaking take us where we didn’t want to go? It is a matter of cultural evolution—perhaps the most important example in our history.

I summarized the recent evolution of corporate capitalism in The Nurture Effect. However, when I wrote that summary, I had not appreciated that the process is a stellar example of multi-level cultural selection, guided by a compelling theory.

By 1970, respect for business was at an all-time low. From February through May of that year, arson and bombings of businesses and public property, such as the fire-bombing of the Isla Vista branch of the Bank of America, were an almost daily occurrence.5 This prompted Lewis Powell, who was soon to be appointed to the Supreme Court, to write a memo to Eugene Sydnor at the US Chamber of Commerce. Powell argued that business had fallen into disrepute because the business community had failed to advocate for its interests. His key insight was that businesses needed a much higher degree of cooperation to improve its status and influence:

“…independent and uncoordinated activity by individual corporations, as important as this is, will not be sufficient. Strength lies in organization, in careful long-range planning and implementation, in consistency of action over an indefinite period of years, in the scale of financing available only through joint effort, and in the political power available only through united action and national organizations.”6

Powell’s memo is widely credited4, 7 with leading to an extraordinary transformation in public opinion about free-market economics, government regulation, and the efficacy of government. The transformation resulted from the creation of a loose network of business people and advocacy organizations that organized around the ideology of unfettered free market economics. The theory was masterfully articulated by Milton and Rose Friedman in their book and TV series Free to Choose. Based on Adam Smith’s metaphor of the invisible hand, the Friedmans argued that market systems produce greater economic development than “command economies.” As a result, Americans came to believe that the individual pursuit of profit is not just good for an individual: it benefits all of society.

The movement cultivated a cadre of spokespeople for business through scholarships to major universities and subsidies for the writing and publication of materials favorable to business. They funded the development of organizations that carry on this advocacy, such as the Business Roundtable, the Heritage Foundation, the American Legislative Exchange Council, and the Cato Institute.

Over the ensuing 45 years, public support for business-friendly policies has grown enormously. In 1965, Democrats controlled the White House and had two-thirds majorities in both houses of Congress. Also, Democrats were decidedly more liberal on economic issues than they are now.

Of course, an evolutionary analysis must point to the consequences that have shaped and maintained the free market ideology and the policymaking it stimulated.  Taxes on the wealthiest people were reduced significantly, dropping from 70% to 28% between 1982 and 1986 and returning to 40% in 2014. As a result, the top 1% of earners increased their share of all income from 8% in 1979 to over 17% in 2007. Other benefits included reduction in the estate tax, changes in the alternative minimum tax, and reduction in the number of IRS audits of high earners. Another benefit was the failure of government to bring tax policy in line with new forms of economic activity. For example, under existing law, hedge fund managers have been able to treat their income as capital gains and pay a 15% rate. The top 25 hedge fund managers averaged $972 million in income in 2013.

I submit that the very successful advocacy for unregulated free markets and minimal government is an example of group-level selection in which a higher level of cooperation enabled the free-market movement to dominate public discussion and policymaking. Before the Powell memo, business people were suffering because they were not cultivating public support for their interests. The higher level of cooperation they achieved allowed them to make the case for their interests and reap very significant financial rewards. The irony is that, contrary to the notion that each person’s pursuit of his or her individual interests will benefit the group, the effective cooperation among business people has enabled their success. But this success has harmed society as a whole. It undermined the communitarian values that came about thanks to Americans’ uniting to fight the Second World War.8

The analysis has direct implications for what we can do to evolve a more nurturing society. In recent months, I have been speaking to a wide variety of scientific and human service organizations as well as foundations. In many cases, these groups did not even know about the existence of the other groups. Yet every one of them shared the same basic analysis of what people need to thrive. They didn’t necessarily put it in terms of nurturing environments, but all agree that it is vital to wellbeing that we decrease stress and threat in human environments, that poverty and inequality are major contributors to these conditions, and that we need to promote reinforcement and support for prosocial behavior, including the cultivation of caring relationships.

The convergence among all these groups stems from the convergence of the empirical evidence. Just as free-market theory and evidence provided the intellectual framework that guided free-market advocacy, we have the empirically supported theory that is needed to make the case for evolving a society in which the dominant value is ensuring that every person has the basic conditions necessary to lead a productive life in caring relationships with others.9

So let this be my Powell memo. If you don’t like where the evolution of capitalism has taken us in the past forty years, join with others who share your understanding of what humans need to thrive and build a super-coalition of individuals and organizations working to influence public understanding, public policy, and direct action. Fund scholarships to create a new generation of behavioral scientists, healthcare and social service providers, and policymakers who make the creation of a nurturing society their highest priority. Create and support organizations that are working for greater nurturance in our families, schools, workplaces, neighborhoods, and communities—and in public discussion. Demand that political organizations and candidates support the policies needed to move society in this direction.

Markets Work Because of Dumb Luck and Inefficiency
How Finance Behaves like a Parasite Toward the Economy
How to Construct a New Invisible Hand: A Conversation with Peter Barnes
Takers and Makers: Who are the Real Value Creators? 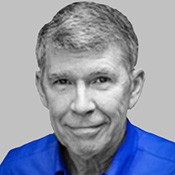 Anthony Biglan, Ph.D. is a Senior Scientist at Oregon Research Institute and the Co-Director of the Promise Neighborhood Research Consortium. He has been conducting research on the development and prevention of child and adolescent problem behavior for the past 30 years.
Share This Article
Share with your friends
Submit