Anyone who thinks that science and religion can’t mix should read Pope Francis’s Encyclical “On the Care of Our Common Home”. Not only does it provide an admirable scientifically informed summary of global environmental degradation, but it correctly diagnoses the current economic worldview as part of the problem. It is economics, more than religion (at least as rendered by Pope Francis), that is detached from reality.

Pope Francis’ encyclical letter, Laudato Si (Praise be!), is a clarion call for global action on environmental degradation and poverty. The science in the encyclical is solid and reflects the input of the world’s top environmental scientists. A large part of it discusses the two major environmental crises we face, biodiversity loss and climate change, but it also mentions ocean acidification, the destruction of coral reefs, wetlands and forests, and water availability. The encyclical is unequivocal about the danger facing humanity: “Doomsday predictions can no longer be met with irony or disdain. We may well be leaving to coming generations debris, desolation and filth.” (Laudato Si, page 42)

A major theme of the encyclical is the destructiveness of the unregulated global economy. Interestingly, it takes an implicit evolutionary view of nature and society and criticizes markets for being one-dimensional and static: “When nature is viewed solely as a source of profit and gain, this has serious consequences for society. This vision of “might is right” has engendered immense inequality, injustice and acts of violence against the majority of humanity, since all resources end up in the hands of the first comer or the most powerful: the winner takes all.” (Laudato Si, page 22) Whatever is fragile “is defenseless before the interests of a deified market”. (Laudato Si, page 15)

The phrase “deified market” is telling and brings to mind the essay by the theologian Harvey Cox, “The Market as God” (The Atlantic, March 1999). Cox wrote: “The Market is becoming more like the Yahweh of the Old Testament—not just one superior deity contending with others but the Supreme Deity, the only true God, whose reign must now be universally accepted and who allows no rivals.” The catchword today among politicians is TINA—there is no alternative to free market capitalism.

What is the relevance of the encyclical for evolutionary theory? The Laudato Si exposes a clash between two very different worldviews—the theology of the market as an all-knowing, all powerful near deity, and the evolutionary theology of the encyclical recognizing the complexity and interdependence of economy, society and the natural world. Laudato Si goes beyond standard critiques of capitalism to recognize that the market economy is merely the latest, and most comprehensive, manifestation of a worldview that puts the production and consumption of material objects at the center of human purpose. Whether the market demands the commodification of nature, the elimination of jobs in the name of efficiency, or the homogenization the world’s cultures, we must adapt to its needs. It has become our master, not our servant.

The encyclical recognizes the link between environmental degradation, poverty, and the economic logic. If unchecked by institutions promoting the common good, the global market reduces nature and humans to mere objects in a cost-benefit calculation. “In the meantime, economic powers continue to justify the current global system where priority tends to be given to speculation and the pursuit of financial gain, which fail to take the context into account, let alone the effects on human dignity and the natural environment. Here we see how environmental deterioration and human and ethical degradation are closely linked.” (Laudato Si, page 15)

The encyclical contrasts the reality of an evolving complex world with a naïve, one-dimensional belief that technology can solve any problem: “Technology, which, linked to business interests, is presented as the only way of solving these problems, in fact proves incapable of seeing the mysterious network of relations between things and so sometimes solves one problem only to create others.” (Laudato Si, page 6)

The basic message is that the human species must take control of its own destiny. The natural environment is a collective good and the responsibility of everyone. Private interests do not always coincide with the public good: “The Christian tradition has never recognized the right to private property as absolute or inviolable, and has stressed the social purpose of all forms of private property”. (Laudato Si, page 25)

What is to be done? Laudato Si offers some concrete policy suggestions. To list just a few:

The critical policy decisions we face go far beyond static cost-benefit analysis. “It is not enough to balance, in the medium term, the protection of nature with financial gain, or the preservation of the environment with progress. Halfway measures simply delay the inevitable disaster. Put simply, it is a matter of redefining our notion of progress. A technological and economic development which does not leave in its wake a better world and an integrally higher quality of life cannot be considered progress.” (Laudato Si, page 50)

The encyclical is a call to regain our humanness, to re-establish “the priority of being over that of being useful.” ((Laudato Si, page 18)

The encyclical is a welcome complement to the efforts of Evonomics. First, it recognizes that human behavior is a product of gene-culture co-evolution and that it is extremely flexible. These ideas are not contradictory. Evolutionary theory has been used successfully to modify individual behavior (as in anti-smoking campaigns), and to shape decision-making in small groups (as in Elinor Ostrom’s core design principles). But what is urgently needed now, as the encyclical emphasizes, are global rules for the common good.

How can policies be designed so that nations with widely varying material needs, and very different social and environmental values, be convinced to agree to binding rules that limit national sovereignty? Climate change in particular is in the realm of what has been called “post-normal science”—characterized by extreme uncertainty and the possibility of extremely negative consequences of choosing the wrong policy path. The question implicitly raised by the encyclical is whether we leave our fate as a species to the whims of the global economy or whether we use morality, science, and reason to take charge of our own destiny.

Solving the Crisis of Extractive Capitalism
How the Postal System and the Printing Press Transformed European Markets
How to Create a Bottom-Up Stimulus Machine to Fix Capitalism
Most ‘Wealth’ Isn’t the Result of Hard Work. It Has Been Accumulated by Being Idle and Unproductive. 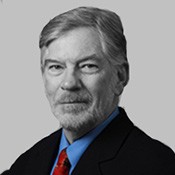