In their important new book, Why Nations Fail, economist Daron Acemoglu of MIT and economist and political scientist James Robinson of Harvard attempt to explain why some countries are rich and others poor. Acemoglu and Robinson dismiss the idea that culture has anything to do with national economic success.  If Germans are more industrious than, say, Mexicans, they argue, this isn’t a cause of differences in their countries’ respective economic performance but instead a consequence of another variable, the quality of their political and economic institutions.

But separating the quality of institutions from culture, and especially from the norms which underlie aspects of social interaction such as trust and reciprocity, is a daunting challenge.  It may in fact be that norms influence the effectiveness of institutions as much as the reverse.

Evolutionary psychologists, and those economists who’ve taken a leaf from their and related socio-biological approaches, suggest that predispositions towards social behaviors including reciprocity are hard-wired into human nature.  Many allow, however, for a process of co-evolution in which culture and genes work together to determine just how such predispositions manifest in each individual.  While all healthy human beings are susceptible to the influences of socialization and social cues more generally, the extent to which pro-social behaviors are exhibited can vary from one society to another as well as from individual to individual.

Some of the most remarkable evidence that social norms that differ among societies play an important part in determining the relative wealth of nations was reported in a paper published in Science in 2008 by Benedikt Herrmann, Christian Thoni and Simon Gachter.  The three behavioral/experimental economists conducted voluntary contribution experiments of the kind discussed in my posts “When Nice Guys Finish First” and “If I’m Not for Myself, Who’ll Be for Me?”  Subjects sat in computer labs and made series of decisions about how much money to contribute to a group account and how much to leave in their private funds.  Total earnings are highest when all funds are put in the group account, but each individual has an incentive to hold back his or her own funds.  In half of the periods, the subjects learned how much each other member of their group had put into the group account and each was permitted to reduce the earnings of each other at some cost to herself.

In previous versions of this experiment conducted in Switzerland, England, Germany, and the U.S., contributions to the group account fell with repetition in the condition without punishment opportunities but rose with repetition in the condition with punishment because many subjects took it upon themselves to punish the free riders who didn’t contribute.  A relatively small number of subjects also punished those who contributed, perhaps in attempts to get back at those who had punished them in a previous round.

Herrmann and collaborators replicated the previous results in subject pools in the U.S., Australia, England, Switzerland, Germany, China, and South Korea.  However, when they conducted the identical experiment with subjects in Russia, Ukraine, Belarus, Turkey, Greece, Saudi Arabia, and Muscat, they found that the opportunity to punish other group members had much less ability to stave off a decline in contributions, and that the likely cause was that in those subject pools, punishing cooperators was almost as common as punishing non-cooperators.   As a consequence, subjects in the “bad” subject pools earned less in the experiment than did their counterparts in the “good” ones.

It wasn’t lost on the experimenters that people in the countries having “well behaved” subjects also tend to earn more on average in everyday life than do those in the other countries.  Might this have something to do with the quality of social norms?  The researchers speculated that it might indeed.  They presented evidence showing that in the countries in which punishing of cooperators was rampant in the experiment, survey evidence shows that people generally trust one another less, and that measures of the quality of government, for instance absence of corruption, are also lower.  The case could be made, if not fully proven, that subjects carried into the lab with them the norms and expectations regarding others’ willingness to cooperate and not to take advantage of one another that are pervasive in their societies and that go hand in hand with a well-functioning economy and political system.

Several collaborators and I recently found similar evidence in a somewhat different experiment.  At my own university, Brown, and at universities in Mexico City, Innsbruck (Austria), Seoul (S. Korea) and Ulan Bator (Mongolia), we had subjects engage in a more complex interaction in which the problem was to avoid the temptation to steal from each another so that efforts could be focused on production and not wasted on guarding earnings.  In their first decisions, before having any way to know what fellow subjects would choose to do, considerably more U.S. and Austrian subjects refrained from stealing than did Mexican and Korean ones, with the smallest percentage refraining from theft in the Mongolian sample.

A similar order of success was found, among the country subject pools with respect to reaching and keeping agreements to refrain from theft in a treatment in which groups could exchange messages in chat rooms.  Country rankings in surveys of trust, government quality, prevalence of corruption, and actual incidence of theft in society, are all similar, as are their rankings for per capita income.  So this experiment too supports the idea that the internalizing of pro-social behavioral norms by a society’s members, reinforced by confidence that most others will also behave according to such norms, may indeed be an important factor underpinning the wealth or poverty of nations.

How Basic Income Solves Capitalism's Fundamental Problem
Two Big Questions About the Job Guarantee: God, Devil, and the Details
Como A Noruega Desfaz O Mito De Setor Privado Versus Público
The Conversation About Basic Income is a Mess. Here's How to Make Sense of It. 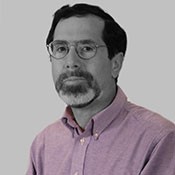