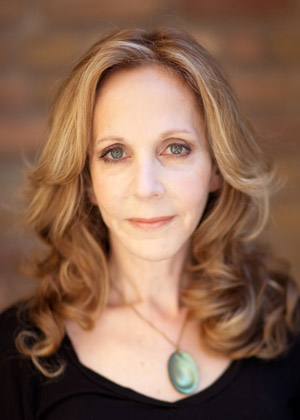 As readers will know, I’m a fan of co-thinking, so it’s a great pleasure to start a diablog* with Rebecca Newberger Goldstein. RNG is a philosopher, novelist, certified MacArthur “genius,” winner of a National Humanities Medal, and likely the closest we can get to Plato being alive in our midst (see Plato at the Googleplex, which wonderfully images what would happen if Plato had to go on a contemporary book tour).

But, to the business:

JB: We’re “too democratic,” declares Andrew Sullivan, while invoking Plato to explain Donald Trump’s rise. Is Sullivan right that Plato feared too much democracy, worrying it led to tyranny?

RNG: Plato is very relevant, but Sullivan is very wrong about why. He takes Plato’s dim view of democracy out of context, draws the wrong lessons, and fatally misunderstands what Plato means by “elite.”

JB: What was Plato really worried about?

RNG: Sullivan argues that Plato believed democracy was inherently dangerous, so “hyperdemocracy,” which weakens the power of the elites, is even more perilous. Our Founders, who studied their Plato, constructed our democracy so as to insert the power of the elites as a brake on mob rule. Extending voting “far beyond propertied white men,” risked “mobocracy.” But the elite’s safeguarding role has withered, and we’re poised to play out Plato’s dire prediction—democracy begets tyranny. Behold Trump.

RNG: They have, but facing that danger in democracy is different from claiming that the natural path of democracy is towards tyranny. Context is paramount. Plato makes these claims during a real downer of a discussion, a plunge into political fatalism made all the more depressing by Plato’s having just laid out a blueprint for his ideal state—The Republic—an aristocracy in its original sense, namely rule by the best, the most virtuous citizens (from arête), who, schooled in philosophy, are single-mindedly devoted to the common good. In Plato’s eyes, they alone qualify as elites, and alone can be trusted with power (precisely because they don’t want it. That’s what an education in philosophy is supposed to do to you).

JB: Indeed, “republic” literally means “public interest,” and aristocracy only got its hereditary sense ~1570s. But few now see philosophy as a qualification for leadership.

RNG: More’s the pity. In any case, the qualification of “propertied white males” is a grotesque distortion of what Plato had in mind. His elites aren’t even permitted to own private property, a disincentive to those who seek power for the wrong reasons.

JB: Interesting fix for tricky, ever-present leadership motivation problems. Those whose leaders are public-spirited (vs. greedily, self-interestedly ambitious) are fortunate.

RNG: Plato was not a hopeful guy and, immediately after imagining his ideal state, he describes its downfall. In his descending determinism of decline, the rule of “lovers of virtue” (aristocracy, in original sense) yields to those who love honor and personal status (timocracy), then those who love wealth (plutocracy), then to democracy, followed by tyranny (worst of all).

JB: Tyranny meaning any rule “not for the good of those under it.” Many forget the first listed justification for American Independence was “the public good.”

RNG: The only kind of democracy that Plato forecasts will inevitably evolve into tyranny is itself evolved from plutocracy. In this scenario, injustice is already built into the fabric of society. Severe inequities mean that there are, in effect, two separate city-states—that of the rich and that of the poor, “at war” with one another.

RNG: The degraded denizens of the city of the poor rise up in fury. Ideas of justice have long been forgotten in the long decline from the republic that, for Plato, offered the very definition of justice. It’s only this kind of democracy, driven by the swoon-inducing, wealth-worshipping values of a plutocratic oligarchy, that Plato predicts will beget tyranny. A canny politician will read the desires for material gain with cunning accuracy, since he’s in thrall to the very same desires, and, unimpeded by any inconvenient scruples, he’ll promise the people everything. Perhaps he’ll offer to teach them the art of the deal.

JB: Dealing with mass anger has one billionaire, Nick Hanauer, afraid the “pitchforks are coming” to their gleaming gated communities.

RNG: So yes, there are unsettling analogies between the Trump phenomenon and Plato’s darkest views about democracy (The Republic Book VIII). But one doesn’t get at the accurate analogies by going on about “too much democracy,” while ignoring the economic inequalities that generate Plato’s pessimism. Plato’s relevance is nothing to do with dreaming of restoring an “elite” such as once ruled America, defined by race, gender, class, and wealth. Those men had about as much in common with Plato’s trustworthy elites as Trump University has with Plato’s Academy.

*Footnote: A diablog is a dialog on a blog, designed to encourage co-thinking while countering one-sidedness. Good dialogs are rare in life, rarer still online. Debates abound, but they’re usually framed as combat, the goal is for your side to win. Better results come from building not battling (assembling from materials that include the best ideas of others). To get past your own biases and limits usually means working with those who have different biases.

Illustration by Julia Suits, author of The Extraordinary Catalog of Peculiar Inventions, and The New Yorker cartoonist.

The Racism of Neoliberalism
Banks Gone Bad: How Our Evolved Morality Has Failed Us
Why Overpaid Quarterbacks Are Losers
Do You Care Enough About Future People to Leave Them a Livable Planet?

Jag Bhalla is an entrepreneur and writer. His current project is Errors We Live By, a series of short exoteric essays exposing errors in the big ideas running our lives. Follow him: @hangingnoodles
Share This Article
Share with your friends
Submit