Session 1: The Big New Ideas in Evolutionary Thinking, and Why They Matter To Business

1) David Sloan Wilson (Binghamton University), A Third Wave of Evolutionary Thought. Wilson explains how evolutionary thought has developed more or less continuously in the life sciences since Darwin, but experienced a case of arrested development in relation to human affairs. A renewed effort to rethink the human-related academic disciplines began in the late 20th century, comprising a second wave of evolutionary thought. Applying this knowledge to real-world domains such as economics, law, business, and public policy comprises a third wave.

2) Peter Richerson (U. C. Davis), Tribal Social Instincts, Gene-culture Co-evolution, And Business. Richerson argues that much of what organizational management amounts to is trying to shape the norms and institutions of quasi-tribal groups so that they work better.

3) Matt Ridley (Biologist and journalist), The Cultural Equivalent Of Sex: How Exchange Accelerates Cultural Evolution. Ridley talks about how it is now well established that cultural evolution is a fundamentally Darwinian process, exhibiting incremental descent with modification, semi-random innovation (trial and error), competition among ideas, selective survival and other Darwinian features.

4) Robert H. Frank (Cornell, and NYU-Stern), What Might Darwin Have Said about Private Contracts that Limit Competition? Frank explains how private contracts and limited competition have been treated as presumptively illegal under the anti-trust laws, which implicitly rest on the premise that more competition is always a good thing. Yet in many cases, more competition is clearly inefficient.

6) Paul Romer (NYU-Stern), Punctuated Equilibria And The Evolution of Norms. Romer offers a view of history–and particularly the constant improvement of the human standard of living–by looking primarily at just two forms of innovative ideas: technology and rules.

7) Stephen Colarelli (Central Michigan University), A More Natural Workplace. Colarelli talks about studies that illustrate “mismatch theory”–the idea that many aspects of the modern environment are incongruent (mismatched) with our psychology and physiology, which evolved on the savannas of East Africa. Two examples are presented: exposure to sunlight, and exposure to companion animals. Modern workplaces have not been designed with human adaptations in mind. Most workplaces, for example, provide no natural sunlight and don’t allow pets. Colarelli shows the positive health effects of both.

8) Geoffrey Miller (U. New Mexico), Trait-signaling Instincts Can Drive Conspicuous Consumption—But That It Not The Only Option. Miller offers a biological signaling perspective on the behavior of modern consumers, workers, investors, and business leaders, and suggests some practical ways to nudge our trait-display instincts in different directions. For example, Miller supports a consumption tax – whereby every product or service is priced according to its ecological footprint and impact on the environment.

9) David Rose (University of Missouri-St. Louis), The Empathy Problem. Rose addresses the implications that the empathy problem has for ethical behavior within firms, particularly engendering sufficient trust to facilitate the use of modern institutional mechanisms that, in turn, affect firm, industry, and social evolution. The empathy problem refers to the phenomenon of negative moral acts not feeling wrong if moral restraint is solely harm-based in nature and the cost of such acts is spread over so many people that no one is perceptibly harmed.

10) Jonathan Haidt (NYU-Stern), Change the Path not the Rider: Working With Human Nature To Improve Business Ethics. Haidt gives a brief overview of an evolutionary approach to moral psychology in which people are mostly concerned about appearances and reputation rather than actually doing the right thing. He explains why this complex psychology makes it very difficult to teach ethics in a single class. However, efforts to shape the culture of a business school, or workplace, should be effective, particularly one that draws on the evolutionary ideas presented at this conference, on cultural evolution, emotions, and multi-level selection. He presents a new project – www.EthicalSytems.org – that aims to do just that.

Business Schools Should Start Teaching How to Create Value, Not Extract It!
Tim O'Reilly: It’s Time to Rewrite the Rules of Our Economy
Building the Public Goods of the Twenty-First Century
Want to Kill Your Economy? Have MBA Programs Churn out Takers Not Makers. 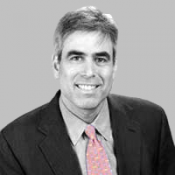