From the editor: In partnership with ThisViewofLife.com, join us as some of the leading thinkers in economics and evolutionary biology offer their advice to an aspiring economist. In the process, they illuminate the flaws in existing economic theory and demonstrate how evolutionary science can enhance our understanding of economic behavior. View the full series.

They tell me you’re thinking of becoming an economist and have even started on that path. Let me try and guess why. Perhaps you are concerned about what’s going on in the world you’re worried about our future, about unemployment, climate change, inequality, and increasing polarization. You will probably also very worried about those who are being left out. Whenever a crisis happens be it financial, or a pandemic, for example, those who are left standing are those who are in a good position to start with. So, you think that by going to the University and following courses in economics you will learn to understand the process is which generates the crises and upheavals which we observe so often. But, when you sat down in your first course and listened to the professor you may have been a little perturbed.

You may think that what he’s talking about doesn’t really in any way relate to the problems I have just mentioned. As he starts to speak about the individual his motivations and how he makes his decisions and how we can add all those people up and understand what’s going on in the economy as a whole, you may not think that this has much to do with what you observe in the world. He may have told you that once you have mastered the technical apparatus necessary to understand the “laws of economics” then you can start to worry about real-world problems. You then learned about how economists see people as behaving. Each individual has his own preferences for goods and has a budget he chooses the best bundle of goods that he can buy given his budget. He knows what the prices are and so knows what he can buy. The other actors in this drama are the producers they seek to make as much profit as possible and to make as much as possible as cheaply as possible. So, the world is composed of two types of people those who consume and those who produce.

Somewhere in this system appear prices, these allow people to know what they can buy and firms to understand how much profit they will make by buying inputs and producing goods for consumption. Somehow this system will organize itself in such a way that what is supplied by the firms will be consumed by the individuals, that is by the consumers. This is what we call equilibrium.

At the beginning of the last century, Pareto, one of the founders of mathematical economics, showed that the equilibrium I have just described is socially desirable. What did he mean by that? Well, he meant that it was a state in which nobody could be made happier without making somebody else unhappy. This it was claimed was proof that Adam Smith’s “invisible hand” works. Selfish individuals, without knowing it, produce socially good outcomes. The problem is that we have never been able to show that there is some mysterious mechanism that generates this state. But, you have undoubtedly been told that it is markets that do the job. Yet, you may have wondered who is organizing these markets, which are supposed to be ones in which large numbers participate and nobody has the power to influence the outcome. Who is setting the prices? Is it some imaginary auctioneer or do the prices simply emerge and are equal for everyone. The Achilles heel of economic theory is that in these so-called purely competitive markets we have never been able to show that the sort of equilibrium I have mentioned will ever be attained. So, the Invisible Hand is just a wishful invention. In this imaginary world, the economy sails on a steady path until some outside shock knocks it temporarily off course. This is the basic lesson from economic theory you will be told and the models based on this idea have become extremely sophisticated mathematically. Stop worrying about real-world problems and learn the techniques is the mantra.

Our main problem in economics is that bright curious students and you may well be one of them, are often put off by this sort of message and move to other fields. But they are the people we should not lose. What should we be telling them to keep them?

In fact, the economic system is not a mechanical one that is on an equilibrium path and automatically comes back to it if it is shocked. Rather, it is like a giant organism continually reacting to and also modifying its own environment. Major changes emerge from the interaction between people and institutions which have local and limited information. The paths that such systems will follow are highly unpredictable, because unlike the assumption of “rational expectations” the participants in the system do not understand its complexity. Networks of links form and may later be broken up. These networks may become more and more connected but, as the financial sector has shown, they become very fragile and even collapse. The whole system is characterized by “radical uncertainty”. It is full of “unknown unknowns” and none of those who make up the system can accurately predict the future.

As Frank Hahn, a great mathematical economist said in 1991 when asked to predict the future of economic theory in the next century.

Wildly complex systems need simulating. Interestingly enough, ideas from evolution are being applied to the learning (and behaviour) of the individual agent. There has been much interest in evolutionary algorithms which are designed for the computer. There are convergence theorems and there no doubt will be more and better ones. But while there will be work for the computer scientist, I very much doubt that economists will be able to establish general propositions in any but very special examples. Again, I do not judge – simulation, especially when based on good data, is a perfectly respectable and probably fruitful activity.

What Frank Hahn was suggesting, and it was greatly resented at the time, was that economic theory, as it was being taught, had run its course and that rather than construct simple or simplistic models which could be “solved” we have to face up to the reality that we are confronted with a world which cannot be analyzed in those terms. The world follows a stochastic process, the movement from one state to another is not probabilisable so our standard econometric methods are of little use. It is not “ergodic”, tomorrow will not be like yesterday so basing models or forecasts on historical data is of limited interest as insurance companies have recently come to understand. Aggregate behavior cannot be deduced from the careful analysis of individuals, as Phil Anderson, the Nobel Laureate in physics pointed out in his famous article “More is different” At every level of aggregation, new laws appear which do not invalidate those that govern the behavior of individuals but are different and cannot be deduced from the behavior of individuals. This explains why the complex patterns observed at the aggregate level do not reflect the complexity of individuals. Simple individuals following simple rules can generate very complex aggregate behavior as can be seen in John Conway’s “game of life.” Modeling the socio-economic system will, of necessity, lead us to simulate rather than mathematically solve. This is a revolution in economics and one which is only beginning. We should take lessons from biology and look at the evolution of complex interconnected systems in which the components are constantly adapting to their changing environment. This does not mean accepting simplistic analogies with the “survival of the fittest” but understanding how systems as a whole adapt and often show a lot of productive cooperation between their elements. Although some people in economics have taken the evolutionary road it is too often use to show convergence to some sort of equilibrium. This does not seem to me at least the right way to go, as evolution, by its very nature, does not converge in this sense. I see it as a never-ending and unpredictable voyage through an ever-changing space. I am not at all sure that many economists would accept this since it undermines a lot of the human capital that they have accumulated.

But now, with the pandemic just as in the previous financial crisis, from every part of the press from The Economist to Le Monde you will hear that the “economy needs to be rewired”, that we need a new paradigm to face the current crisis and those that will necessarily follow. But this is not yet reflected in most standard economic courses, so if you want to learn how economists think currently and understand their vision of the world, go to university to a “good economics department” and, if you have already made that step, stick with it. But if you want to prepare yourself to understand and contribute, however modestly, to improving the world, keep your mind open and learn from what is happening in other disciplines from biology to sociology, and from physics to psychology.  There is a lot to do. Good luck.

Originally published at This View of Life here. 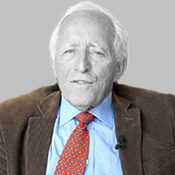 Alan Kirman is professor emeritus of Economics at the University of Aix-Marseille III and at the Ecole des Hautes Etudes en Sciences Sociales and is a member of the Institut Universitaire de France. His Ph.D. is from Princeton and he has been professor of economics at Johns Hopkins University, the Universite Libre de Bruxelles, Warwick University, and the European University Institute in Florence, Italy.
Share This Article
Share with your friends
Submit