Basic income could play a key role in reorienting how our social systems answer this century’s most basic political question: who and what will be secured when crisis strikes? It is encouraging, then, that the Movement for Black Lives policy platform made it one of its initial proposals, while building reparations into the program and its larger political perspective. These ideas fit well together in any era, but especially our era – one marked by the present scourge of racial capitalism, the coming climate crisis, and the grave risks for justice that their intersection will pose over the next century.

The Undercommons, an activist group in Los Angeles I was a part of, advocated for this aspect of the Movement for Black Lives proposal in 2017.  To explain why we thought basic income was connected to racial justice, we appealed to two distinctions: one in what’s meant by “security” and the other in what kind of proposals for basic income would advance the cause of justice.

The first distinction is between antagonistic security and collaborative security. Antagonistic security is security from other people: security that is created for some by the exclusion and/or precarity faced by others. As racial capitalism has developed, increasingly large and professionalized institutions perform much of the work of producing antagonistic security for those atop society’s racial and other hierarchies: the settler militia becomes the state military, the slave patrol becomes the police. Climate crisis could put these into overdrive as states, corporations, and social elites look to increasingly punitive and violent means to protect their increasingly precarious investments and social position.

This stands in contrast to another approach to securing society and the freedom of those who depend upon it: collaborative security. Collaborative security is security with other people, the kind that mass vaccination schemes provide a community that develops herd immunity. A social system secured collaboratively relies, in the default, on providing the kind of protection accomplished with and often through protection of others. This is the kind of protection we could right now develop, for example, with a successful global effort to vaccinate as widely and deeply throughout our populations as possible.

Our current love affair with antagonistic security prevents us from reaping the rewards of this alternative model. This is the kind of protection put at risk by the efforts of the richer countries of the world to hoard the vaccines and the efforts of multinationals like Pfizer-BioNTech and AstraZeneca to hoard the profits with the backing of the World Trade Organization (Moderna, for what it’s worth, pledged not to enforce its patents). Basic income can inoculate us as well from the worst aspects of economic crisis – the kind that the COVID-19 crisis proved are powerfully linked to the natural world. Our system’s current failures to distribute vaccines, then, are a bad omen of what’s to come.

But whether or not basic income plays this role comes down to the second of our two distinctions. Some (especially on the political right) treat basic income as a replacement for other aspects of our social system that currently work to secure people, like unemployment assistance and food stamps. This approach tries to (or pretends to) treat all forms of protection as interchangeable through the medium of currency would likely on net work out to only further precarize marginalized people. But Black, Indigenous, disabled, and trans people, particularly those who are women or gender nonconforming, are not a check away from solving all of the problems of insecure housing, safety in their homes and personal lives, and environmental risk that our institutions must address specifically and by means more broad than what can be accomplished via cash transfer. This basic income-as-substitution approach, UBI-, doesn’t live up to the promise of collaborative security.

But basic income could be tethered to a larger body of transformative political moves, rather than a replacement for them. Dorian Warren of the Economic Security Project, who also helped develop the Movement for Black Lives’ section on basic income, wrote about one possibility in this vein. He is in good company in African-American political history, noting that “both Dr. Martin Luther King Jr. and the Black Panther Party to argue for full employment and a ‘guaranteed income’ for African Americans specifically and all Americans more than fifty years ago.” His version is “identical to most UBI proposals”, save for the inclusion of “a pro-rated, additional amount for black Americans over a specified period of time.” This would safeguard universal economic security through a strategy of “targeted universalism” that both responds to the history of racial slavery and injustice in and by the United States and anticipates the effect of future, persisting racial injustice on African-Americans’ life chances.

The time for this kind of broad based, collaborative security is now. As the climate crisis accelerates, we risk our social system warping around its old and longstanding inequalities. By century’s end we may face persistent forms of climate apartheid and climate colonialism, in which inequalities within and across countries are increasingly tied to the extent to which families, communities, and whole nations can pay to deal with the consequences of a warming planet. Our current trajectory risks genocidal realities – perhaps most dramatically if our governments continue to respond to movement across borders with border militarization and warehousing, and to social upheaval within them by means of increasingly violent and exploitative policing and caging.

The pandemic should serve as a grave wake up call. The virus, after all, was just one part of the deeper political problem: how our society distributes risk, vulnerability, and security. Since our global society is built on racial capitalism, distributes these in a deeply stratified way, where different tiers of society experience markedly different levels of risk of exposure to environmental, financial, and interpersonal harm and violence. Responding to such a system must involve more than challenging this or that political leader or installing a few solar panels. It calls for us to find a way of protecting ourselves beyond the cannibalistic, violent model provided by the history of racial capitalism that built so much of today’s world – to find a way to protect ourselves by protecting each other. Basic income is one way forward.

Republished with permission from the Law and Political Economy Project

They Don't Just Hide Their Money. Economist Says Most of Billionaire Wealth is Unearned.
The Science of Flow Says Extreme Inequality Causes Economic Collapse
Finally, The Clearest Evidence That Shows How Money Shapes America’s Elections
Productivity Is Slowing and Inequality Is Growing. Here's What's Causing it. 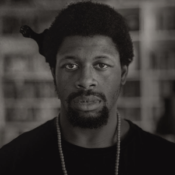 Olúfẹ́mi Táíwò is an Assistant Professor of Philosophy at Georgetown University. He completed his PhD at University of California, Los Angeles. Before that, he completed BAs in Philosophy and Political Science at Indiana University. @OlufemiOTaiwo
Share This Article
Share with your friends
Submit