Rising income inequality coupled with the fear that robots will soon occupy more jobs than average Americans has everyone calling for the creation of a modern safety net program. Recent debate on the left and the right falls between guaranteed basic jobs (UBJ) and universal basic income (UBI). Our team at Civic Ventures did an episode of the Other Washington podcast to explore the nuances and virtues of each approach.

UBI is built on the idea that any American of working age would qualify to receive some monetary stipend to supplement survival. This idea rests on the assumption that since we are all citizens of this country we should be guaranteed a minimum amount to live on—our very own piece of the wealth our country creates as an economic superpower.

UBJ hinges on the notion of work — that work brings value in a service being rendered, a bridge being built and for workers, the dignity that comes from earning a living and supporting your family. UBJ harkens back to the promises of grand infrastructure projects of yesteryear, that government-sponsored programs should always be available for anyone to earn a living.

Both of these programs assume that the future of work is changing, that some Americans will be left behind, and that any amount of cash in the pockets of average Joe and Sally in our consumer economy will mean more customers for business and economic growth for everyone.

Our office had the UBI vs UBJ debate internally, and I came up with my own idea about what could be done to address the desire to get Americans the cash they need to fully participate in our economy and exist outside of the scarcity and harms of poverty.

Wouldn’t it be great if we just paid women for the work they already do? We don’t necessarily need to create work (UBJ) or create value (UBI). Instead, we can look for opportunities to compensate Americans for the work they’re already doing — the services they already provide, which benefit other Americans. And, it has the potential to be a lot more practical.

We know that when women earn more money, families do better, because women tend to make economic choices that benefit the family: they invest in education, in healthy food choices, and in other things that lift kids and parents out of cycles of poverty.

What if we paid women (and some men) for the jobs they already do — in the home, raising kids? We have adopted some of these ideas within the in-home childcare space or in-home care providers, but what if we took it a much larger step forward?

Consider what would happen if we decided to pay women and men who choose to stay home with children from birth until they enter full-time school. The government could train those interested in the program in skills like first aid, CPR, basic childcare, on parenting techniques, early brain development. We can use the program itself to create jobs in training and coaching moms through the structured process. And then, most importantly, we can pay women who make it through the program for the primary role they already occupy — dedicated moms. I’ve long believed that modern feminism has lacked respect for and has not given credit to the inherent dignity women hold in the work they already do.

Nothing has to dramatically change, except now the hard work women are doing today would be compensated. We know if those kids were in daycare or with a nanny, that those services have market value, so does staying home with your kids. There is real value in the science that supports babies being bonded to their mothers with longer breast-feeding and close parental care in early childhood. But let’s be super clear, it also has market value in the childcare being provided. Most studies estimate that at least five million women choose to stay home and raise their children. We should pay them.

Consider the data from the National Women’s Law Center (an organization founded in 1972 by four women secretaries who demanded among other things better pay and more women staff attorneys):

If Americans care about lifting children out of poverty, we should pay moms to be moms. It works out financially for everyone and will likely have a positive impact on families and rural America as well as early-childhood development. Women have worked in the home forever, and the cost of childcare has taken many women out of the workforce. It would be really empowering to give all women (and interested men) the opportunity to stay home and raise the kids by paying them to do just that. When we give women more money, by paying them for work they’re already doing, we grow the economy too, it’s just that easy.

Mainstream Economics Has Become a Celebration of the Wealthy Rentier Class
Why Inequality Predicts Homicide Rates Better Than Any Other Variable
The Root Cause of Protest: Radical Income Inequality
It's Simple! Concentrated Wealth and Inequality Crushes Economic Growth 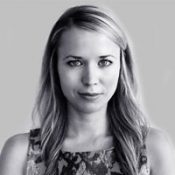