A friend of mine worked as a human resources manager in the banking industry in the Netherlands at the start of the 21st century. This was during the glory years when the banks transformed from places where you could protect your personal savings into investment banks with their portfolios of shares, derivates, bonds, and real estate. Investment bankers made tons of money and it was my friend’s job to hand out the annual bonuses. A bonus of multiple annual salaries was no exception. I asked him how the bankers reacted when he handed out bonuses. Did they ever thank you? No, he said, he never got a thank you. The only thing they asked was “how much did so and so get?” Disillusioned with the industry, he now works in my university department teaching students about business ethics and human resource management.

Fast forward to 2016. We are still feeling the effects of the global financial crisis, which started in the US in 2008, and that has now spread to every corner of the world. Many firms have gone down, some nations have gone bankrupt, and the personal costs in terms of unemployment, poverty, and health are immense – since the crisis, unemployment has caused many more middle-aged men in Europe to commit suicide, for instance.

The financial crisis should teach us some important lessons about the way economies work and the way we design our organizations. In essence, we have simply made the wrong assumptions about human nature. The leading model in economic theory is that of Homo economicus, a person who makes decisions based on their rational self-interest. Led by an invisible hand, that of the market, the pursuit of self-interest automatically produces the best outcomes for everyone. Looking at the financial crisis today this idea is no longer tenable. When individual greed dominates, everyone suffers. We could have known this all along had we looked more closely at human evolution.

Economic scientists often portray competition between firms as a Darwinian struggle where firms compete and only the fittest ones survive. The British financial historian Niall Ferguson wrote “Left to itself, natural selection should work fast to eliminate the weakest institutions in the market, which typically are gobbled up by the successful.”

This may be true but it is not the outcome of individual greed and competition. Competition between firms presupposes that individuals cooperate well with each other, and the most cooperative organizations survive, and the least cooperative organizations go extinct. This is group selection, selection operating at the level of groups, where the best groups survive. This is a far more accurate model of how economies and business operate, and it offers a totally new way of thinking about the design of organizations and ways to avert global financial crises.

A team of evolutionary minded psychologists, biologists and economists led by biologist David Sloan Wilson have come together over the past few years to come up with a more accurate model for how businesses and economies operate. It is based on Homo sapiens rather than Homo economicus. Their efforts are put together in an Evolution Institute report on socially responsible businesses “Doing Well By Doing Good.”

These scientists assert that humans have truly cooperative instincts which they developed over hundreds of thousands of years living and working in highly cohesive groups. The best survival strategy for our ancestors was to cooperate with each other and to supress individual greed and selfishness  that was good for the individual but harmful to the group. All the empirical evidence shows if the conditions are right, individuals happily work together to create highly effective organizations that look after the common good. The work of Nobel Prize winning political scientist Elinor Ostrom shows, for instance, how communities have been able to manage resources sustainably over centuries with the right mix of social and personal incentives. Homo sapiens is the only viable model of organizational life and to deny this, is to deny human nature.

Unfortunately, the way many firms operate is to deny these cooperative instincts. People recruited to the top jobs in banks and utility companies are selected for their ambition and lust for money. As if led by an invisible hand, they would do things that were good for the company or society as a whole. We have seen all too well where this ended.

For example, inspired by neoclassical economic theory and persuaded by leading consultancy firms such as McKinsey, Enron organized their famous Talent days where they would recruit the sharpest and most competitive students from prestigious MBA programs without any regard for their cooperative skills and moral standards (this is generally not taught at in MBA programs). No surprise that there was a culture of competition, deception, and greed at Enron, and no surprise the firm went down in a spectacular way. Banks, firms, and even entire nations have gone bankrupt because they perpetuated the myth of self-interest, while denying human social instincts. It is time for a paradigm shift in economics, and business science and policy.

Ralph Nader: How CEO Stock Buybacks Parasitize the Economy
Memo to Jeff Bezos: Stack-Ranking is a Destructive Employee Practice
Fighting Wall Street Predators with Game Theory
What if Uber Was Owned and Governed by Its Drivers? 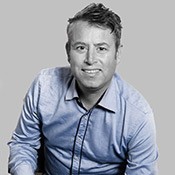 Mark van Vugt is a professor of Evolutionary, Work and Organizational psychology at the VU University Amsterdam. Michael E. Price is Senior Lecturer in Psychology, and co-Director of the Centre for Culture and Evolutionary Psychology, at Brunel University London. Twitter: @markvanvugt1
Share This Article
Share with your friends
Submit