Business leaders making decisions to outsource jobs to low-wage countries or to replace workers with machines, or politicians who insist that it is “the market” that makes them unable to require companies to pay a living wage, rely on the defense that they are only following the laws of economics. But the things economists study are not natural phenomena like the laws of motion uncovered by Kepler and Newton.

Right now we’re at an inflection point, where many rules are being profoundly rewritten. Much as happened during the industrial revolution, new technology is rendering obsolete whole classes of employment while making untold new wonders possible. It is making some people very rich, and others much poorer.

I am confident that the invisible hand can do its work. But not without a lot of struggle. The political convulsions we’ve seen in the United Kingdom and in the United States are a testament to the difficulties we face. We are heading into a very risky time. Rising global inequality is triggering a political backlash that could lead to profound destabilization of both society and the economy. The problem is that in our free market economy, we found a way to make society as a whole far richer, but the benefits are unevenly distributed. Some people are far better off, while others are worse off.

Many discussions of our technological future assume that the fruits of productivity will be distributed fairly and to the satisfaction of all. That is clearly not the case. Right now, the economic game is enormously fun for far too few players, and an increasingly miserable experience for many others.

As the incomes of ordinary consumers stagnated, companies kicked the can down the road a few decades by encouraging them to pay for goods on credit, but that short-term strategy is crashing down. In The Marriage of Heaven and Hell, written during the most hellish days of the first industrial revolution, the poet William Blake issued what might well be a rule as certain as those issued by any economist: “The Prolific would cease to be Prolific unless the Devourer, as a sea, received the excess of his delights.”

We can wait for the push and pull of the many players in the game to work things out, or we can try out different strategies for getting to optimal outcomes more quickly. As Joseph Stiglitz so powerfully reminded us in his book of that name, we can rewrite the rules.

The barriers to fresh thinking are even higher in politics than in business. The Overton Window, a term introduced by Joseph P. Overton of the Mackinac Center for Public Policy, says that an idea’s political viability depends mainly on whether it falls within the window framing a range of policies considered politically acceptable in the current climate of public opinion. There are ideas that a politician simply cannot recommend without being considered too extreme to gain or keep public office.

Once we’ve pushed the Overton Window wide open, we can start working toward more desirable futures, in which machines don’t replace humans, but allow us to build a next economy that will elicit the WTF? of astonishment rather than the WTF? of dismay.

I’m not an economist, a politician, or a financier equipped with quick answers as to why things can or can’t change. I’m a technologist and an entrepreneur who is used to noticing discrepancies between the way things are and the way they could be, and asking questions whose answers might point the way to better futures.

Why do we have lower taxes on capital when it is so abundant that much of it is sitting on the sidelines rather than being put to work in our economy? Why do we tax labor income more highly when one of the problems in our economy is lack of aggregate consumer demand because ordinary people don’t have money in their pockets? When economists like former Treasury secretary Larry Summers talk about “secular stagnation,” this is what they are referring to. “The main constraint on the industrial world’s economy today is on the demand, rather than the supply, side,” Summers wrote.

Why do we treat purely financial investments as equivalent to real business investment? “Only around 15% of the money flowing from financial institutions actually makes its way into business investment,” says Rana Foroohar. “The rest gets moved around a closed financial loop, via the buying and selling of existing assets, like real estate, stocks, and bonds.” There is some need for liquidity in the system, but 85%? As we’ll see in the next chapter, this great money river is accessible only to a small part of our population, and relentlessly directs capital away from the real economy.

Why do productive and nonproductive investments get the same capital gains treatment? Holding a stock for a year is not the same as working for decades to create the company that it represents a share of, or investing in a new company with no certainty of return.

John Maynard Keynes recognized this problem eighty years ago during the depths of the Great Depression that followed the speculative excesses of the 1920s, writing in his General Theory of Employment, Interest, and Money: “Speculators may do no harm as bubbles on a steady stream of enterprise. But the position is serious when enterprise becomes the bubble on a whirlpool of speculation. When the capital development of a country becomes a by-product of the activities of a casino, the job is likely to be ill-done.”

Keynes continued, “The spectacle of modern investment markets has sometimes moved me towards the conclusion that to make the purchase of an investment permanent and indissoluble like marriage, except by reason of death or other grave cause, might be a useful remedy for our contemporary evils. For this would force the investor to direct his mind to the long-term prospects and to those only.” Warren Buffett has proven that this is actually a very good strategy. Yet our policies don’t favor the kind of value investing that Buffett practices.

A financial transactions tax calibrated to eliminate all the benefits of front-running and other forms of high-speed market manipulation would be a good place to start, but we could go much further in taxing financial speculation while rewarding productive investment with lower rates. Larry Fink, the CEO of BlackRock, suggests that at a minimum, long-term capital gains treatment should begin at three years rather than one, with a declining rate for each additional year that an asset is held.

We could even institute a wealth tax such as proposed by Thomas Piketty. And if we were to tax carbon rather than labor, rather than starting by substituting a carbon tax for income taxes, it might be better to substitute a carbon tax for Social Security, Medicare, and unemployment taxes. These rule changes might be costly to some capital owners but might well benefit society overall.

These are political decisions as much as they are purely economic or business decisions. And that is appropriate. Economic policy shapes the future not just for one person or one company, but for all of us. But we should realize that it is in our self-interest to improve the rules we are now playing under. In his article about income inequality, Joseph Stiglitz explained how Alexis de Tocqueville, a Frenchman writing about American democracy in the 1840s, considered “self-interest properly understood” to be “a chief part of the peculiar genius of American society.”

“The last two words were the key,” Stiglitz wrote. “Everyone possesses self-interest in a narrow sense: I want what’s good for me right now! Self-interest ‘properly understood’ is different. It means appreciating that paying attention to everyone else’s self-interest—in other words, the common welfare—is in fact a precondition for one’s own ultimate well-being. Tocqueville was not suggesting that there was anything noble or idealistic about this outlook—in fact, he was suggesting the opposite. It was a mark of American pragmatism. Those canny Americans understood a basic fact: looking out for the other guy isn’t just good for the soul—it’s good for business.”

Throughout history and across continents, economies have played the game using different rules: No one can own the land. All land belongs to kings and aristocrats. Property is entailed and cannot be sold by the owners or heirs. All property should be held in common. Property should be private. Labor belongs to kings and aristocrats and must be supplied on demand. A man’s labor is his own. Women belong to men. Women are independent economic actors. Children are a great source of cheap labor. Child labor is a violation of human rights. Humans can be the property of other humans. No human can be enslaved by another.

We look back at some of these rules as the mark of a just society and others as barbaric. But none of them was the inevitable way of the world.

Here is one of the failed rules of today’s economy: Human labor should be eliminated as a cost whenever possible. This will increase the profits of a business, and richly reward investors. These profits will trickle down to the rest of society.

The evidence is in. This rule doesn’t work. It’s time to rewrite the rules. We need to play the game of business as if people matter.

Adapted from WTF?: What’s the Future and Why It’s Up to Us, with permission from HarperBusiness 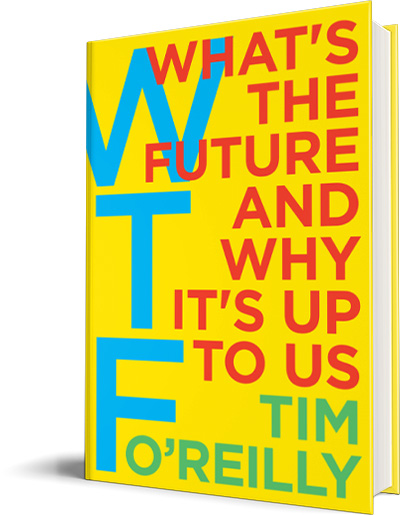 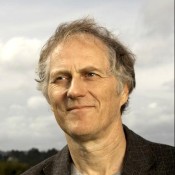 Tim O'Reilly is the founder and CEO of O'Reilly Media Inc. His original business plan was simply "interesting work for interesting people," and that's worked out pretty well. He publishes books, runs conferences, invests in early-stage startups, urges companies to create more value than they capture, and tries to change the world by spreading and amplifying the knowledge of innovators. Twitter: @timoreilly
Share This Article
Share with your friends
Submit