By Darrick Hamilton and Kyle Strickland

For the past 45 years, just about all of the income gains of America’s increasing productivity have gone to the elite and upper-middle class, while real worker wages have remained roughly flat. Today, the top one-tenth percent of earners, those earning more than $1.5m a year, own as much of the nation’s wealth as the entire bottom 90%. This obscene concentration of wealth, the likes of which hasn’t been seen since the Great Depression, is unsustainable and a threat to our democracy.

To understand how such extreme inequality has emerged, one must consider the role of race in forging political alignments. Hidden in plain sight – and too often ignored by progressives – has been the use of strategic racism to consolidate economic and political power for the few at the expense of everyone else. This strategy coerces the white working class to maintain the status quo and sacrifice their vertical positioning of growing personal inequality in exchange for the solidification of racial hierarchies and maintenance of white dominance in society.

But this is all predicated on a notion of economic value grounded in the neoliberal frame of self-interested resource and tribal accumulation that knows no bounds. It is when the labor movement and progressives redefine value around our common humanity, morality, and shared prosperity that we can build an authentic multi-racial coalition powerful enough to advance the interests of all working people. This does not mean that we remove race from public conscious or discourse, quite the contrary. Rather we are affirmative and explicit in the need to reckon with our nation’s history of exclusion and present-day challenges to ensure true racial and economic inclusion. Otherwise, we will continue to repeat the mistakes of the past.

After the Gilded Age, which led to the Great Depression and essentially collapsed the American economy, our government ushered in a series of New Deal policies that reined in unfettered capitalism and corporate consolidation. However, to a large extent progressives sacrificed the interests of blacks by way of a Faustian bargain that convinced southern legislators to pass New Deal legislation in exchange for not disrupting Jim Crow racial hierarchies. As a result, many of the federal policies adopted in the 1930s and 1940s, which generated the largest growth in our nation’s white-asset based middle class, were racist in both design and implementation.

In the case of labor, the passage of the National Labor Relations Act in 1935, also known as the Wagner Act, guaranteed workers the right to organize and collectively bargain, and provided workers with critical safeguards against corporate exploitation. But this legislation intentionally (by design) excluded agricultural and domestic workers. In the 1930s, nearly half of black men and 90% of black women worked in either the agricultural or domestic sector. The same exclusions applied to the Fair Labor Standards Act of 1938, which meant that many black sharecroppers and farmers were without protection from continued exploitation by white-male plantation owners in the Jim Crow south.

It is no surprise that by the 1970s, at a time when the unionization rates of black Americans exceeded those of white Americans, there was an attack on organized labor, civil rights and government intervention more generally. Corporate elites framed the social, political, and economic gains of black Americans as a threat to the economic and cultural positioning of whites and the white working class. What followed were policies that pushed for deregulation, tax cuts for the wealthy, punitive control of the underclass, and the dismantling of labor organizing. Thinly veiled stigmatization based on anti-blackness was strategically used as political fodder to divide the working class by race, characterizing government actions on behalf of social welfare as inefficient and unfairly biased towards tipping the scales to undeserving “welfare queens”, “super predators”, and “deadbeat dads”.

This was an acceleration of a neoliberal political revolution fueled by strategic racism that still drives much of the public discourse and policy conversation in America today. Rugged individualism, personal responsibility, and “laissez-faire” economics present a seductive allegory that through hard work and ingenuity, the market can facilitate a “rags to riches” story for anyone. This narrative presumes markets to be a self-regulating, fair, “color blind” arbiter of our effort, initiative, and, overall, worth. But an honest and sobering confession of our historical sins, accompanied with redress, would counter the neoliberal frame that characterizes black, brown and poor people as “undeserving”, and, instead, pave the way for narratives that accurately frame inequality and poverty as grounded in resource deprivation and exploitation.

Race-conscious solutions must be at the center of our policy discussions. The time has come for us to demand a bold, transformative race and gender conscious economic bill of rights – one that would ensure universal access to quality jobs, health care, housing, schooling, financial services and capital for all of its citizens.

With enthusiasm, we join the Clean Slate for Worker Power project out of Harvard Law School, and endorse the slate of recommendations stemming from this project that are due out this week. This bold vision is necessary to bring about a more equitable and engaged society that rebalances the power in the workplace that has left so many workers vulnerable to the whims of a so-called “trickle down” that for the past 45 years our neoliberal political economy has yet to deliver.

Republished from The Guardian.

People Don't Actually Want Equality. They Want Fairness.
Why Overpaid Quarterbacks Are Losers
Do You Care Enough About Future People to Leave Them a Livable Planet?
Plato Got It Right. Tyranny is a Product of Extreme Inequality and Plutocratic Oligarchy 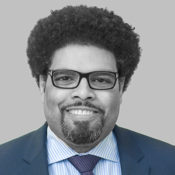 Darrick Hamilton is a professor of economics and urban policy at The New School in New York. Twitter: @DarrickHamilton. Kyle Strickland is the Senior Legal Analyst at the Kirwan Institute for the Study of Race & Ethnicity. Twitter: @kstrickland_
Share This Article
Share with your friends
Submit