Ten years ago, conservatives decried the $787 billion stimulus package enacted under President Obama. More recently, the costs of President Trump’s tax cuts are projected to total $2.3 trillion over 10 years. But conservatives still decry spending on progressive programs like The Green New Deal or Medicare for All with “how will you pay for it?” questions.

Those on the right have been making this same argument ever since British economist John Maynard Keynes popularized the idea of using budget deficits to stimulate growth in his 1936 book, The General Theory of Employment, Interest and Money. For this reason, Keynes, even more so than Karl Marx, is the principal bête noire of free market economists. They believe governments should never do anything to counteract economic downturns. Consequently, they must implicitly believe that all recessions are the result of massive and simultaneous failures by private businesses and workers who must therefore bear all the costs of adjustment. By opposing government intervention, free market economists are saying that it either made no mistakes or should do nothing to fix those it may have made.

What Keynes understood is that governments bear primary responsibility for recessions. In really severe downturns, such as we suffered in the 1930s and are suffering today, government action is essential to turn the economy around; the private sector simply can’t do it on its own. He also understood that democratic societies cannot long tolerate high levels of unemployment. At some point, people will jettison capitalism for some sort of socialism, which would threaten democracy as well.

Keynes’ efforts were motivated by a strong desire to maintain the liberal capitalist order. Honest conservatives have always understood this. In 1945, economist David McCord Wright noted that a conservative political candidate could easily run a campaign “largely on quotations from The General Theory.” The following year, economist Gottfried Haberler, of the conservative Austrian school, conceded that the specific policy recommendations of Keynesian economics were not at all revolutionary. “They are in fact very conservative,” he admitted.

Peter Drucker, a conservative admirer of Keynes, viewed him as not merely conservative, but ultraconservative. “He had two basic motivations,” Drucker explained in a 1991 interview with Forbes. “One was to destroy the labor unions and the other was to maintain the free market. Keynes despised the American Keynesians. His whole idea was to have an impotent government that would do nothing but, through tax and spending policies, maintain the equilibrium of the free market. Keynes was the real father of neoconservatism, far more than [economist F.A.] Hayek!”

John Kenneth Galbraith, whose politics were well to the left of Keynes, not to mention Drucker, agreed with this assessment. “The broad thrust of his efforts, like that of Roosevelt, was conservative; it was to endure that the system would survive,” he wrote. But, Galbraith added, “Such conservatism in the English-speaking countries does not appeal to the truly committed conservative.”

As Keynes himself explained, “the class war will find me on the side of the educated bourgeoisie.” He expressed contempt for the British Labor Party, calling its members, “sectaries of an outworn creed mumbling moss-grown demi-semi Fabian Marxism.” He also termed it an “immense destructive force” that responded to “anti-communist rubbish with anti-capitalist rubbish.”

It was obvious to those on the political left and in the Soviet Union that Keynes was one of socialism’s greatest enemies, even if some on the right still view Keynes as a crypto-communist. State socialism, he said, “is, in fact, little better than a dusty survival of a plan to meet the problems of 50 years ago, based on a misunderstanding of what someone said a hundred years ago.” Indeed, Keynes told playwright George Bernard Shaw that the whole point of The General Theory was to knock away the Ricardian foundations of Marxism.

Keynes often expressed disdain for Soviet Communism. “Red Russia holds too much which is detestable,” he wrote, terming communism “an insult to our intelligence.” Communists, Keynes believed, were people who produced evil in the hope that good may come of it. And he had little respect for Marx, calling him “a poor thinker,” and Das Kapital “an obsolete economic textbook, which I know to be not only scientifically erroneous but without interest or application for the modern world.”

Keynes completely understood the central role of profit in the capitalist system. This is one reason why he was so strongly opposed to deflation and why, at the end of the day, his cure for unemployment was to restore profits to employers. He also appreciated the importance of entrepreneurship: “If the animal spirits are dimmed and the spontaneous optimism falters … enterprise will fade and die.” And he knew that the general business environment was critical for growth; hence business confidence was an important economic factor. As Keynes acknowledged, “Economic prosperity is … dependent on a political and social atmosphere which is congenial to the average businessman.”

A major theme of The General Theory is the importance of maintaining the freedom for prices to adjust, which is necessary for the proper functioning of the economy. This made Keynes a strong opponent of price controls and national economic planning, which was much in vogue after the Second World War. “The advantage to efficiency of the decentralization of decisions and of individual responsibility is even greater, perhaps, than the 19th century supposed; and the reaction against the appeal to self-interest may have gone too far,” he wrote.

Indeed, the whole point of The General Theory was about preserving what was good and necessary in capitalism, as well as protecting it against authoritarian attacks, by separating microeconomics, the economics of prices and the firm, from macroeconomics, the economics of the economy as a whole. In order to preserve economic freedom in the former, which Keynes thought was critical for efficiency, increased government intervention in the latter was unavoidable. While pure free marketers lament this development, the alternative, as Keynes saw it, was the complete destruction of capitalism and its replacement by some form of socialism.

“It is certain,” Keynes wrote, “that the world will not much longer tolerate the unemployment which … is associated–and, in my opinion, inevitably associated–with present-day capitalistic individualism. But it may be possible by a right analysis of the problem to cure the disease whilst preserving efficiency and freedom.”

In Keynes’ view, it was sufficient for government intervention to be limited to the macroeconomy–that is, to use monetary and fiscal policy to maintain total spending (effective demand), which would both sustain growth and eliminate political pressure for radical actions to reduce unemployment. “It is not the ownership of the instruments of production which is important for the State to assume,” Keynes wrote. “If the State is able to determine the aggregate amount of resources devoted to augmenting the instruments and the basic rate of reward to those who own them, it will have accomplished all that is necessary.”

One of Keynes’ students, Arthur Plumptre, explained Keynes’ philosophy this way. In his view, Hayek’s “road to serfdom” could as easily come from a lack of government as from too much. If high unemployment was allowed to continue for too long, Keynes thought the inevitable result would be socialism–total government control–and the destruction of political freedom. This highly undesirable result had to be resisted and could only be held at bay if rigid adherence to laissez-faire gave way, but not too much. As Plumptre put it, Keynes “tried to devise the minimum government controls that would allow free enterprise to work.”

The threat of totalitarianism may not be as great today as it was in the 1930s. But it would be naïve to believe that it was possible for the government to stand by and do nothing in the face of the greatest economic downturn since the Great Depression, as many conservative economists advised. The alternative to stimulus could ultimately have been something far worse from the conservative point of view, as Keynes well understood.

Adapted with Permission from Forbes.

Neoliberalism Was Supposed to Make Us Richer: Three Reasons Why It Didn't
Three Cheers for Financial Repression
Nobel Economist Says Inequality is Destroying Democratic Capitalism
The Real Reason Stock Buybacks Are a Problem 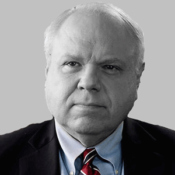 Bruce Bartlett is a former Treasury Department economist and the author of Reaganomics: Supply-Side Economics in Action and Impostor: How George W. Bush Bankrupted America and Betrayed the Reagan Legacy. He writes a weekly column for Forbes.com. Twitter: @BruceBartlett.
Share This Article
Share with your friends
Submit