Widening economic inequality is the academic topic du jour, but the trend of growing wealth and income disparity has been underway for several decades. How did mounting inequality succeed in proving culturally and politically attractive for as long as it did?

The years since the banking meltdown of 2008 have witnessed a dawning awareness, that our model of capitalism is not simply producing widening inequality, but is apparently governed by the interests of a tiny minority of the population. The post-crisis period has spawned its own sociological category – ‘the 1%’ – and recently delivered its first work of grand economic theory, in Thomas Piketty’s Capital in the Twenty-first Century, a book dedicated to understanding why inequality keeps on growing.

What seems to be provoking the most outrage right now is not inequality as such, which has, after all, been rising in the UK (give or take Tony Blair’s second term) since 1979, but the sense that the economic game is now being rigged. If we can put our outrage to one side for a second, this poses a couple of questions, for those interested in the sociology of legitimation. Firstly, how did mounting inequality succeed in proving culturally and politically attractive for as long as it did? And secondly, how and why has that model of justification now broken down?

In some ways, the concept of inequality is unhelpful here. There has rarely been a political or business leader who has stood up and publicly said, “society needs more inequality”. And yet, most of the policies and regulations which have driven inequality since the 1970s have been publicly known. Although it is tempting to look back and feel duped by the pre-2008 era, it was relatively clear what was going on, and how it was being justified. But rather than speak in terms of generating more inequality, policy-makers have always favoured another term, which effectively comes to the same thing: competitiveness.

My book, The Limits of Neoliberalism: Sovereignty, Authority & The Logic of Competition, is an attempt to understand the ways in which political authority has been reconfigured in terms of the promotion of competitiveness. Competitiveness is an interesting concept, and an interesting principle on which to base social and economic institutions. When we view situations as ‘competitions’, we are assuming that participants have some vaguely equal opportunity at the outset. But we are also assuming that they are striving for maximum inequality at the conclusion. To demand ‘competitiveness’ is to demand that people prove themselves relative to one other.

It struck me, when I began my Sociology PhD on which the book is based, that competitiveness had become one of the great unquestioned virtues of contemporary culture, especially in the UK. We celebrate London because it is a competitive world city; we worship sportsmen for having won; we turn on our televisions and watch contestants competitively cooking against each other. In TV shows such as the Dragons Den or sporting contests such as the Premier League, the division between competitive entertainment and capitalism dissolves altogether. Why would it be remotely surprising, to discover that a society in which competitiveness was a supreme moral and cultural virtue, should also be one which generates increasing levels of inequality?

Unless one wants to descend into biological reductionism, the question then has to be posed: how did this state of affairs come about? To answer this, we need to turn firstly to the roots of neoliberal thinking in the 1930s. For Friedrich Hayek in London, the ordoliberals in Freiburg and Henry Simons in Chicago, competition wasn’t just one feature of a market amongst many. It was the fundamental reason why markets were politically desirable, because it conserved the uncertainty of the future. What united all forms of totalitarianism and planning, according to Hayek, was that they refused to tolerate competition. And hence a neoliberal state would be defined first and foremost as one which used its sovereign powers to defend competitive processes, using anti-trust law and other instruments.

One way of understanding neoliberalism, as Foucault has best highlighted, is as the extension of competitive principles into all walks of life, with the force of the state behind them. Sovereign power does not recede, and nor is it replaced by ‘governance’; it is reconfigured in such a way that society becomes a form of ‘game’, which produces winners and losers. My aim in The Limits of Neoliberalism is to understand some of the ways in which this comes about.

In particular, I examine how the Chicago School Law and Economics tradition achieved an overhaul (and drastic shrinkage) in the role of market regulation. And I look at how Michael Porter’s theory of ‘national competitiveness’ led to a new form of policy orientation, as the search for competitive advantage. Both of these processes have their intellectual roots in the post-War period, but achieved significant political influence from the late 1970s onwards. They are, if you like, major components of neoliberalism.

By studying these intellectual traditions, it becomes possible to see how an entire moral and philosophical worldview has developed, which assumes that inequalities are both a fair and an exciting outcome of a capitalist process which is overseen by political authorities. In that respect, the state is a constant accomplice of rising inequality, although corporations, their managers and shareholders, were the obvious beneficiaries. Drawing on the work of Luc Boltanski, I suggest that we need to understand how competition, competitiveness and, ultimately, inequality are rendered justifiable and acceptable – otherwise their sustained presence in public and private life appears simply inexplicable.

And yet, this approach also helps us to understand what exactly has broken down over recent years, which I would argue is the following: At a key moment in the history of neoliberal thought, its advocates shifted from defending markets as competitive arenas amongst many, to viewing society-as-a-whole as one big competitive arena. Under the latter model, there is no distinction between arenas of politics, economics and society. To convert money into political power, or into legal muscle, or into media influence, or into educational advantage, is justifiable, within this more brutal, capitalist model of neoliberalism. The problem that we now know as the ‘1%’ is, as has been argued of America recently, a problem of oligarchy.

Underlying it is the problem that there are no longer any external, separate or higher principles to appeal to, through which oligarchs might be challenged. Legitimate powers need other powers through which their legitimacy can be tested; this is the basic principle on which the separation of executive, legislature and judiciary is based. The same thing holds true with respect to economic power, but this is what has been lost.

Regulators, accountants, tax collectors, lawyers, public institutions, have been drawn into the economic contest, and become available to buy. To use the sort of sporting metaphor much-loved by business leaders; it’s as if the top football team has bought not only the best coaches, physios and facilities, but also bought the referee and the journalists as well. The bodies responsible for judging economic competition have lost all authority, which leaves the dream of ‘meritocracy’ or a ‘level playing field’ (crucial ideals within the neoliberal imaginary) in tatters. Politically speaking, this is as much a failure of legitimation as it is a problem of spiralling material inequality.

The result is a condition that I term ‘contingent neoliberalism’, contingent in the sense that it no longer operates with any spirit of fairness or inclusiveness. The priority is simply to prop it up at all costs. If people are irrational, then nudge them. If banks don’t lend money, then inflate their balance sheets through artificial means. If a currency is no longer taken seriously, political leaders must repeatedly guarantee it as a sovereign priority. If people protest, buy a water canon. This is a system whose own conditions are constantly falling apart, and which governments must do constant repair work on.

The outrage with the ‘1%’ (and, more accurately, with the 0.1%), the sense that even the rich are scarcely benefiting, is to be welcomed. It is also overdue. For several years, we have operated with a cultural and moral worldview which finds value only in ‘winners’. Our cities must be ‘world-leading’ to matter. Universities must be ‘excellent’, or else they dwindle. This is a philosophy which condemns the majority of spaces, people and organizations to the status of ‘losers’. It also seems entirely unable to live up to its own meritocratic ideal any longer. The discovery that, if you cut a ‘winner’ enough slack, eventually they’ll try to close down the game once and for all, should throw our obsession with competitiveness into question. And then we can consider how else to find value in things, other than their being ‘better’ than something else.

Economists Discover Quasi-Equlibriated Economic Sub-Particle
Did Money Evolve? You Might (Not) Be Surprised
How Distorting Adam Smith and Promoting Laissez-Faire Economics Led to Inequality and Recession
How Market Competition Really Works 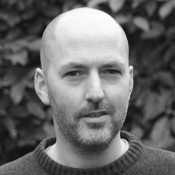 William Davies is a Senior Lecturer at Goldsmiths, University of London, where he is leading the development of a new PPE Degree. He is the author of The Limits of Neoliberalism: Authority, Sovereignty & The Logic of Competition. Twitter: @davies_will
Share This Article
Share with your friends
Submit