As the financial crisis continued to wreak its havoc in late 2010, Mervyn King, then Governor of Britain’s central bank, the Bank of England publicly mused that “of all the many ways of organizing banking, the worst is the one we have today”. He was speaking of fractional reserve banking whereby almost all the money circulating in our economy represents claims against commercial banks like Citibank, ING or Barclays even though the deposits they hold constitute a tiny fraction of all the loans they make.

There have subsequently been any number of proposals to solve the resulting problem – which is that bank runs can be so damaging that we’re forced to bail out our banks. But economists can’t agree on a model.

However, it turns out that modern technology – most particularly the internet – enables our most pressing problems in banking to be solved, not with arcane disputes over banking theory but just by unleashing the digital disruption that would occur in the wake of some simple reform from the deregulation playbook.

As much as your bank presents itself as the very essence of competitive, private enterprise, it’s actually part of a public private partnership. The central bank – in the US the Fed, in the UK the Bank of England, in Europe the European Central Bank ECB) – sits at the apex of the banking system providing two fundamental services to your bank.

First each bank is connected to the monetary system with an ‘exchange settlement account’ with the central bank. So if you want to pay me, you get your bank to pay mine, with the net difference between all payments to and from each bank at the end of the day being squared up via counterbalancing payments between each commercial bank’s exchange settlement account with the central bank.

Secondly, because the deposits banks hold are such a tiny fraction of the loans they write, the central bank goes ‘lender of last resort’ to banks if they can’t meet withdrawals.

So the central bank is essentially the wholesaler of banking services with the commercial banks like Citibank retailing those services to all. But in other industries, wholesalers have been disrupting retailers by retailing themselves directly to consumers over the internet. Thus you can still buy your newspaper from your newsagent or a plane ticket from your travel-agent as was common last century, but today you can also buy it direct online from the wholesaler – the airline or the publisher.

One central principle of economic reform is ‘competitive neutrality’ which requires that those in the market compete on a ‘level playing field’, that is on their ability to attract customers, and not on any special favours they receive. But we’ve mostly heard about competitive neutrality from businesses complaining that government competitors get special favours. The principle works the other way. Your bank shouldn’t get government favours that you can’t get.

Before the advent of the internet this proposition was largely academic as it would have required central banks to directly provide personal service to customers which would have also required the establishment of central bank branches throughout the land. But in the age of the internet, all citizens and businesses could be provided with lightweight online central bank exchange settlement account at minimal cost. After paying any cost-reflective account keeping fees, your deposits with the central bank would earn the same overnight cash rate it pays commercial banks. And money in your account could be paid to anyone else’s exchange settlement account.

The central bank could also provide liquidity in a more competitively neutral way. It couldn’t practicably assess everyone’s creditworthiness, but it could specify a set of super-safe assets against which it would automatically lend as a matter of right. I’d propose that you could borrow to fund your housing loan up to – say – 65 percent of its value or against prime commercial property up to say 45 percent of its value (though these numbers might vary through the cycle for ‘macro-prudential’ reasons). This would entail far lower risks for central banks than the lending they currently advance to highly leveraged commercial banks.

Given their extraordinary degree of independence and well funded research departments, you might expect such ideas to be explored by central banks themselves. As we’ve seen, the Bank of England has been prepared to rock the boat and through the crisis it regularly published estimates of the eye watering extent of the implicit subsidies banks receive because their creditors expect them to be bailed out if they get into trouble. In 2012 the Bank of England calculated the implicit subsidy to the 29 institutions deemed by the Financial Stability Board to be the world’s most systemically-important to be running at over $400 billion per annum, down from $700 billion in 2009.

But elsewhere central bankers seem inured to the role of bureaucrat.

As economist Robert Shiller points out, the centrality of government to banking has meant that most beneficial financial innovations in modern banking – like long-term lending to fund your home loan – have been engineered by governments.

Amongst many innovations in the evolution of modern banking, one offers the perfect precedent for what I’m proposing. Despite some politicians’ dire warnings about allowing central banks to compete on a level playing field with commercial banks, over the second half of the nineteenth century and into the twentieth, central banks became the principal, and then effectively the monopoly issuer of physical bank-notes in virtually all developed countries.

Involving parties other than the central bank in issuing bank notes simply injected additional complexity and counterparty risk into everyday transactions without any gain – just as our the commercial bank based payments system we’re forced to use does today. Today, extraordinarily, citizens can make payments to each other instantly and without risk of loss, but only by physically taking possession and then exchanging central bank-notes. What’s being proposed here is no more nor less than enabling us all to do the same using the technology of the internet.

None of what I’ve proposed would involve the central bank directly staffing branches or providing personal retail services. Rather, it would provide the internet resources for retail users to access utility central banking as banks already can rather as internet giants like Facebook and Google syndicate their services through application programming interfaces. The provision of branch services, property valuation and, indeed, IT systems to service retail clients and the ‘packaging’ of central bank services with additional services would be provided competitively and efficiently by competing private firms. No doubt banks would compete to provide such business but so too could other businesses like telcos, supermarket chains, internet giants like Google or local ‘FinTech’ start-ups as their appetites and capabilities allowed.

The end result is no less than a reconfiguration of the monetary architecture for the internet age. The central bank would undoubtedly capture dominant market share of utility or ‘narrow banking’, but only because the public sector is the least cost provider of the service. Without any subsidies, implicit or otherwise, the central bank is the cheapest, safest provider of these services in the market.

Not only would the resulting banking system have much lower costs and greater efficiency, not only would it throw off tens of billions of dollars in revenue to government, it would be a safer, more rational system playing much better to the respective strengths of public and private sectors. Though it may not obviate the need for further reform, on its own these changes could make a substantial down-payment on the aspirations of those who would urge upon us a more comprehensive redesign of the banking system.

The Tragedy of the Healthcare Data Commons
Why You Should Blame the Financial Crisis for Political Polarization and the Rise of Trump
The Ideology of Self-interest Caused the Financial Crash. We Need a New Economic Paradigm
How Cooperatives Are Driving the New Economy 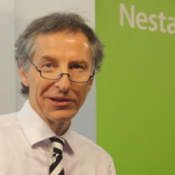 Nicholas Gruen is CEO of Lateral Economics, is a widely published policy economist, entrepreneur and commentator who has had regular columns in the Australian Financial Review, the Age and the Sydney Morning Herald. Twitter: @NGruen1
Share This Article
Share with your friends
Submit