Adam Smith is remembered as the patron saint of unregulated commerce, as the world’s greatest prophet of profit. His idea of the “invisible hand” has been used by countless economists and politicians to argue that capitalism works, despite its excesses and inequalities.

But this fairytale version is wrong. The actual Smith wrote of his dream for a more equal society, and condemned the rich for serving their own narrow interests at the expense of the wider public.

“The establishment of perfect justice, of perfect liberty, and of perfect equality,” he writes in Wealth of Nations, “is the very simple secret which most effectively secures the highest degree of prosperity to all the three classes.”

Today Smith’s call for “perfect equality” is either ignored or deliberately misrepresented. Fans use his ideas to legitimate their insistence that the rich are “wealth-creators”’ and therefore beyond rebuke.

But with 1% of the world’s population now owning half its wealth, that belief is being forcefully called into question. There are growing calls to abolish billionaires and their privileges, including preferential tax treatment, handouts to corporations, and grossly inflated executive salaries that are often subsidized by taxpayers.

If he was alive today, what would Adam Smith make of Jeff Bezos’s lobbying for ever-more government subsidies, or about government bailouts in the Great Recession that saved America’s rich while millions lost their homes, or about Peter Thiel’s admission that “Monopolists lie to protect themselves”?

I think Smith would say: I told you so.

Smith was scathingly critical of the wealthy’s disproportionate power over government policymaking. He complained about the tendency of the rich to shirk tax obligations, unfairly passing tax burdens on to poor workers. He heaped scorn on government bailouts of the East India Company. He thought dirty money in politics was akin to bribery, and that it undermined the duty to govern impartiality. He wasn’t alone.

The reality is that the historical case for abolishing billionaire privileges has a long heritage, stretching to enlightenment thinkers and the revolutionaries they inspired, including countless enslaved and working-class people in forgotten graves.

Thomas Paine, the 18th-century British radical whose writing helped to spur the American Revolution, called for the establishment of a wealth fund, financed by taxes on property, that would give every woman and man a lump sum of money in both early adulthood and again in old age. Today, basic income policy proposals revive this idea.

Feminist pioneer Mary Wollstonecraft, a peer of Smith and Paine, condemned British laws that favoured the rich over the poor. Smith agreed, pointing out laws advantaging employers at the expense of workers when it came to organizing into early forms of unions.

Wollstonecraft sparred in writing with her contemporary Edmund Burke, criticizing his claim that life in the late 18th century was “better” than ever, and his insistence that struggling workers should defer to the hierarchy of the feudal age. Burke’s attitude is “sound reasoning”, Wollestonecraft writes sarcastically, “in the mouth of the rich and the short-sighted”.

Since then, countless activists and workers have reiterated Smith, Wollstonecraft and Paine’s concerns, including Maria Stewart, an African American orator and public intellectual.

Thirty years before Marx wrote Capital, Stewart pointed out that American wealth was rooted in unrewarded black labour. “Like King Solomon, who put neither nail nor hammer to the temple, yet received the praise; so also have the white Americans gained themselves a name,” she said in a public speech in 1833. “We have performed the labor, they have received the profits.”

Stewart makes an important point. It’s labourers who are real wealth-creators, generating profits that their employers take without fairly earning.

Adam Smith offered advice for how societies should handle the rich: he calls on legislators not to put the interests of wealthy monopolists ahead of the public welfare. Whenever new government legislation is proposed by businessmen, Smith suggests the government should treat the new proposal with “not only with the most scrupulous, but with the most suspicious attention”.

The handouts to the rich that he complains about in Wealth of Nations have never entirely disappeared. Instead, a language of “free trade” has obscured the government’s role in favouring the wealthy. Just look at the past 30 years, a time of ever-growing subsidies to pharmaceutical executives who gouge consumers with unacceptably high drug prices; tax gifts to tech corporations that lobby to erode worker and consumer protections; the ever-replenishing “money-tree” of quantitative easing programmes that rain on the rich while the poor work ever-longer hours.

Smith did talk about the invisible hand. But he also wrote about the “invisible chains” that structure people’s lives. He and his revolutionary friends understood that wealth inequality could become a type of invisible cage. He taught his readers a simple lesson: keep the power of the rich in check.

Republished from The Guardian. 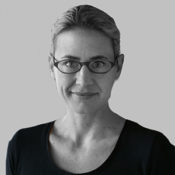 Linsey McGoey is professor of sociology and director of the Centre for Research in Economic Sociology and Innovation (CRESI) at the University of Essex. Her latest book, The Unknowers: how strategic ignorance rules the world is out now with Zed Books.
Share This Article
Share with your friends
Submit