Note from the editor: Sadly, Professor Lynn Stout died on April 16, 2018 after a long struggle with cancer. We’re honored that Lynn supported the mission of Evonomics and we believe the best way to honor her is to share her ideas with the world. Read about Lynn’s pioneering work here.

It’s conventional wisdom in business circles today that corporate directors should “maximize shareholder value.” Corporations supposedly exist to serve shareholders’ interests, and not (or at least, not directly) those of executives, employees, customers, or the community. However, this shareholder-value dogma begs a fundamental question. What, exactly, do shareholders value?

Most shareholder-value advocates assume that shareholders care only about their own wealth. But it is increasingly accepted that the homo economicus model of purely selfish behavior doesn’t always apply. This possibility provides a challenge to the dominant business paradigm of “maximizing shareholder value:” the concept of the prosocial shareholder.

The problem with the homo economicus theory is that the purely rational, purely selfish person is a functional psychopath. If Economic Man cares nothing for ethics or others’ welfare, he will lie, cheat, steal, even murder, whenever it serves his material interests. Not surprisingly, although homo economicus is alive and well in many economics departments, many experts today prefer to embrace behavioral economics, which relies on data from experiments to see how real people really behave. Behavioral economics confirms something both important and reassuring. Most of us are not conscienceless psychopaths.

The vast majority of human beings are to least to some degree “prosocial.” In the right circumstances, we can be counted on to make modest personal sacrifices to follow ethical rules and avoid harming others. Of course, it’s easy to doubt pervasive pro-sociality when reading the daily news. We should remember, however, that cheating, corruption, and murder make the news because they are relatively rare. (No newspaper would run the headline: “Employee Doesn’t Steal, Even When No One’s Looking.”) As the phrase “common decency,” suggests, prosocial behavior is so omnipresent we tend not to notice it.

Prosociality is endemic. In a common experiment called the social dilemma, anonymous subjects choose between a “defection” strategy that maximizes their own personal payoffs, and a “cooperation” strategy that gains them slightly less, but gives other members of the group substantially more. Up to 97% of subjects choose cooperation in some social dilemmas. Not surprisingly, researchers have found that the incidence of such prosocial behaviors declines as the personal cost of acting prosocially rises. We are more likely to be nice when it only takes a little, not a lot, of skin off our noses. But the scientific evidence demonstrates the vast majority of people will make at least small sacrifices to follow their conscience and help others.

Given the evidence of pervasive prosociality, it’s easy to suspect most Union Carbide shareholders would have been willing to accept slightly lower dividends if this would have allowed Union Carbide to prevent the deadly explosion in Bhopal, India that killed 4,000 and severely injured thousands more. Similarly, many BP shareholders might have preferred slightly lower returns to the Gulf oil spill disaster. In line with these suspicions, one survey reports that 97% of shareholders agree that corporate managers should take some account of non-shareholders’ interests in running firms.

Even more direct support for shareholder prosociality can be found in the increasing popularity of socially responsible investment funds (“SRI funds”). SRI funds invest in companies that support consumer protection, human rights, or environmental sustainability, and avoid firms that promote tobacco use, child labor, or weapons production. While the evidence is mixed, at least some studies find SRI funds slightly underperform other funds. Nevertheless, SRI funds have been attracting money at a faster rate than the institutional investing industry as a whole. By 2010, 12% of all professionally-managed assets were managed by SRI funds.

Finally, additional evidence of investor prosociality can be seen in the hundreds of proxy proposals shareholders file each year asking their companies to behave more responsibly. According to a 2010 report by the Center for Ethical Business Culture, favorite topics in recent years include corporate political contributions, global labor standards, climate change, and sustainability.

DO CORPORATIONS MAKE US ANTI-SOCIAL?

But this direct evidence of investor prosociality raises its own problems. The evidence suggests the vast majority of people–97% or more–are to some degree prosocial. Why aren’t more investing in SRI funds? Why don’t even more shareholders file proposals asking their companies to reduce their carbon footprints? How can we reconcile the empirical evidence on pervasive prosociality, with most shareholders’ apparent indifference to anything other than stock price?

In a 2005 article, Harvard law professor Einer Elhauge explored this puzzle. He concluded that for at least two reasons, when otherwise-prosocial people put on their shareholder hats, they’re likely to make asocial investing decisions that cut against their own prosocial inclinations. First, uninvolved shareholders ignorant of a company’s day-to-day operations decisions are in no position to police against, or even know about, antisocial corporate behavior. To the contrary, because the only thing they see is stock price, they may even pressure managers to adopt strategies that make corporate injury to third parties more likely.

Second, prosocial investors face a classic collective action problem, a kind of Investing Tragedy of the Commons. If SRI funds provide even slightly lower returns than other funds, the investor who chooses SRI funds is paying a modest price for his prosociality. Yet his individual decision to “put his money where his conscience is” will have little or no impact on the behavior of the corporate sector as a whole. Elhauge concluded that “it is remarkable that many people do invest in socially responsible funds considering that their individual decision to do so has no significant impact on furthering even their most altruistic of motives.”

Other data reinforces Elhauge’s conclusion that the nature of modern stock markets discourages prosocial investing. This is because, while most people are capable of and even inclined toward prosociality, the data demonstrates our prosocial impulses depend on largely on external social cues. As I explore in my 2011 book Cultivating Conscience: How Good Laws Make Good People, in some social situations (buying a used car) a person will act purely selfishly, while in another social situation (attending a wedding reception) the same person becomes more altruistic. We might call this the “Jekyll-Hyde Syndrome.”

What are the most important ingredients in the social elixir that triggers our prosocial Dr. Jekyll? Researchers have found that experimental subjects act more prosocially when experimenters (1) ask them to act prosocially; (2) lead them to believe other subjects would behave prosocially; and (3) structure experiments so that prosocial decisions provide larger benefits to others. Conversely, people act more selfishly when told they should be selfish, when they believe others are selfish, and when they think selfishness imposes only a low cost, or no cost, on others.

When it comes to investing behavior, the rhetoric of “maximize shareholder value” seems almost deliberately designed to bring out our inner Mr. Hydes. Shareholder-value dogma teaches that it is morally correct for shareholders to pressure managers to raise share price any way possible, without regard for how the corporation impacts stakeholders, society, or the environment. Shareholder value rhetoric also inevitably signals that other investors are behaving selfishly. Finally, it teaches that purely selfish investing decisions, far from harming others, promote better “corporate governance.”

Thus we should hardly be surprised that only a minority of investors chose SRI funds. We should be surprised that any investors do. The structure of modern stock markets, combined with the rhetoric of shareholder value, creates almost insurmountable obstacles to prosocial investing behavior. This explains why the same person who donates money to the Sierra Club and World Wildlife Fund happily holds shares in oil and timber companies that engage in environmentally destructive drilling and clear-cutting.

The result is that even though most of us are not conscienceless psychopaths, when we make investing decisions we often act as if we are. This observation casts an interesting light on Joel Bakan’s award-winning 2004 documentary The Corporation.” In that film, Bakan argued that because corporate managers believe they must maximize shareholder wealth, a corporation is a “psychopathic creature” that “can neither recognize nor act upon moral reasons to refrain from harming others.” To the extent this is true, shareholders themselves may be largely to blame. As University of Toronto law professor Ian Lee puts it, “if corporations are in fact ‘pathological’ profit-maximizers, it is not because of corporate law, but because of pressure from shareholders.”

The ideology of shareholder value drives corporate managers to make business decisions contrary to prosocial shareholders’ true interests. Of course, some shareholders may indeed be purely self-interested actors–psychopaths–who don’t mind if their companies deceive consumers, maim employees, or pollute the environment. But the hard evidence indicates the vast majority of us would prefer to tolerate at least somewhat diminished returns to avoid such results. And most studies find that SRI investing erodes investors’ returns only slightly, if at all. Shareholder psychopathy is neither natural nor inevitable but an artifact, the unfortunate outcome of collective action obstacles combined with the ideology of shareholder value.

Why We Should Tax and Shame Excessive Corporate Lobbying
We Can't Wait for an Invisible Hand. It's Time to Rewrite the Rules of the Economy
The Ideology of Exponential Growth Devours and Corrupts
Why Central Banks Should Offer Bank Accounts to Everyone 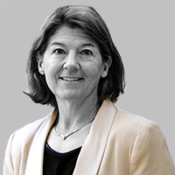 Lynn Stout is the Distinguished Professor of Corporate and Business Law at Cornell Law School. Professor Stout is an internationally-recognized expert in corporate governance, financial regulation, and moral behavior.
Share This Article
Share with your friends
Submit