Actually they’ve done no such thing. But they do effectively assume that it’s unnecessary all the time.

This transcendental truth became apparent to me in the reactions I have had from mainstream economists to a lecture I gave to my Kingston students this month (which is posted on my YouTube channel and blog). In it I explained that, at a very basic level, the original “Neoclassical” mathematical model of a market economy is mathematically unstable: it doesn’t converge to a stable pattern of relative prices and a stable growth path for the economy, as its developer Leon Walras thought it did.

Mainstream economists reacted to my lecture by saying that, while the argument, which was first made in the 1960s by Jorgenson (who was applying a mathematical theorem from the early 1900s) was mathematically correct, all one had to do was assume that “economic agents” would then notice the instability and change their behavior. The model would then converge to equilibrium—problem solved.

And how would “economic agents” notice this instability? They would realize that a pattern of relative prices that had occurred once before in the past happened again.

Hmmm. O.K.A.Y… So economists are willing to assume (1) that people keep such detailed notes on relative prices that they notice that the same pattern of relative prices as we have today occurred 15 years earlier (which is the rough length of the cycle in the relative price of milk cow to non-milk cows in the USA); and (2) that this pattern is perfectly regular (which it’s not since, like most such cycles, it’s a “complex system” that has a-periodic cycles–they repeat but never at the same magnitude or frequency) so that (3) they can stick to their toy model in which all processes converge to equilibrium, rather than to deal with the real world where they don’t.

I’ve read this sort of nonsense in dozens of mainstream academic papers over the years, and railed against it in an academic sort of way. But maybe because I’d just been reading and teaching Hayek to the same class, the true absurdity of this standard mainstream riposte stood out clearly to me. It’s an assumption that individuals in a market economy are so all-knowing that, in effect, they don’t need markets at all: they can just work it all out in their heads. Yet if anything defines a capitalist economy, it’s the dominance of markets. So effectively the mainstream reaction to anything which disturbs their preferred way of modeling a market economy is to make assumptions that, if they were true, would make a market economy itself unnecessary in the first place.

I know I’m not being original in saying this, by the way: this is the same point that Hayek made, in many different ways, when pointing out that the strength of a market economy was how it let people combine fragmented and incomplete knowledge in a way that no centralized system could do. As he put it:

The fact that much more knowledge contributes to form the order of a market economy than can be known to any one mind … is the decisive reason why a market economy is more effective than any known type of economic order.

Hayek’s main target here were socialists who believed that a complex economy could be centrally planned—thus doing away with markets institutionally. But he also criticized his mainstream rivals for assuming the existence of all-seeing, all-knowing “economic agents” to overcome mathematical problems in their equilibrium-obsessed models of the economy. Here he was actually in agreement with his great rival Keynes, since they both said that the only way equilibrium could be achieved would be if people’s expectations about the future were both shared and correct. Quoting Hayek:

It appears that the concept of equilibrium merely means that the foresight of the different members of the society is in a special sense correct.

I accuse the classical economic theory of being itself one of these pretty, polite techniques which tries to deal with the present by abstracting from the fact that we know very little about the future.

If the mainstream fantasies about the knowledge levels of individual agents were to be taken seriously, they’d need a convincing model to explain how such a state of mutual wisdom might come about. But as Hayek noted, rather than doing so, mainstream economists simply assumed that everyone was Nostradamus:

instead of showing what bits of information the different persons must possess in order to bring about that result, we fall in effect back on the assumption that everybody knows everything and so evade any real solution of the problem.

I should like to suggest that expectations, since they are informed predictions of future events, are essentially the same as the predictions of the relevant economic theory.

This gave the mainstream a wonderfully self-referential way to abolish uncertainty about the future—except that their models are appalling predictors of the future, and obviously so after the economic crisis of 2008, which literally none of their models anticipated.

Economics should tell us things about a market economy that aren’t transparently obvious—otherwise why have an academic discipline of economics at all? Instead, mainstream economists reach mathematical conclusions about their model of the economy that they don’t like—such as the fundamental instability my lecture pointed out—and are then willing to make patently absurd assumptions to rescue their desired equilibrium conclusion.

This is why I’ll happily continue to tell my students at Kingston things that upset mainstream economists.

You Can't Have a Prosperous Economy Without an Entrepreneurial Government
Capitalism(s), Alone
The Future of Work, Robotization, and Capitalism’s Ability to Generate Useless Jobs
Optimizing for Human Well-Being 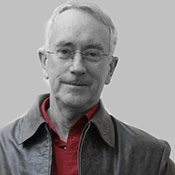 Steve Keen is Professor of Economics and Head of the School of Economics, Politics and History at Kingston University London, author of Debunking Economics, and the developer of Minsky open source system dynamics modeling program. His latest book is Can we avoid another financial crisis? Twitter: @ProfSteveKeen
Share This Article
Share with your friends
Submit