Last week, the American Economic Association published the final version of its professional climate survey. According to the report:

The 20 percent “approval rating” by women is shocking, but the 40 percent “approval rating” by men is also no ringing endorsement of the field. Clearly, some soul-searching is in order. Some may dismiss the findings as evidence of the unfortunate, but short-lived, consequences of increased competition in the field. I believe the results call our credibility as a field into question.

Economics is a social science. Some even call it “the Queen of the Social Sciences” when referring to its importance in the public policy sphere. The economist’s work is to explain human behavior. But if 80 percent of women and 60 percent of men disagree with the climate in our profession, one must wonder how good our science really is. Evidently, there is a huge gap in our knowledge when it comes to gender and diversity. And if we can’t solve our own problems, one must wonder how good our policy recommendations are.

The report itself illustrates how detached our profession has become. As we would expect of any economic analysis of survey data, the report discusses the importance of potential non-response bias in detail. If it didn’t, it would be too easy to dismiss the results as the outpourings of a few disaffected individuals. But with a 32.8 percent response rate among current AEA members, we shouldn’t have to care. The response rate is substantially higher than the response rate in most academic surveys of non-academics, which typically hover around 3-10 percent. This alone is already telling. And even if all 32.8 percent of current AEA members were disaffected, we should care.

The fact that a survey was necessary also illustrates how detached our profession is. The not-so-happy 80 percent of female respondents and 60 percent of male respondents presumably mentioned their unhappiness at some point or another. But we apparently cannot act without evidence. Hence the survey.

As economists, we are still like drunkards searching for keys under the streetlight. We look where the light is, not where the keys are. In graduate school, I was told to read the newspaper to get ideas for papers. This is still common advice to graduate students. But what have newspapers traditionally shone a light on? The behavior of men. Men held and hold positions of power in politics and business and thus have historically been deemed more newsworthy.

More and more women are entering positions of power, yet because we have not fully studied women, we are still in the dark about when and why gender matters for many economic outcomes. Even worse, we hate to admit that we are in the dark. All too often, for example, gender differences in laboratory experiments are assumed to also hold in boardrooms. Especially when women face barriers to advancement, as the women in our profession apparently do, one must wonder how we can justify generalizing from the lab to the boardroom. If we do not assume the male CEO is the same as the male undergraduate lab subject, how can we assume that the female CEO is the same as the female undergraduate?

It is OK to look at the streetlight. What is not OK is to ignore the fact that the keys are in the dark. If we really care about uncovering “economic truths,” we have to recognize that our knowledge is incomplete. We should study the actions of CEOs, boards, executives, and politicians, but we should also be willing to learn from the diversity of humanity and experiences in our own profession.

Our profession’s lack of understanding of gender and diversity is not innocuous. Presumably, it is one reason the climate in our profession is so poor. But it also affects what gets published (or not) and our influence on policy (or lack thereof). While economics is always concerned about causal identification, the bar is higher for papers about gender because, in the words of one of my recent journal reviewers at the American Economic Review (the flagship publication of the American Economic Association): “Unfortunately, papers like this face the uphill battle of having to rule out all unobservables that could possible [sic] be correlated with gender…” [emphasis added].

Without a good understanding of gender, one can always argue there is some unobservable that might be driving the results in any paper on gender. But since the unobservable is, by definition, unobservable, as an author one can never address these concerns. Hence, our lack of understanding persists.

This is problematic if we truly care about uncovering “economic truths” that can inform policymaking. Between 1975 and 2009—a period that includes both Norway’s decision to install gender quotas for corporate boards and former EU Competition Commissioner Neelie Kroes’s famous statement that had Lehman Brothers been named “Lehman Sisters,” the financial crisis would not have happened the way it did—I estimate that 29 papers were published on the topic of women on boards in the 50 journals on the Financial Times (FT 50) list.

Between 2009 and 2016, I estimate there were on average 6.57 more national board-level gender policies passed in the form of board quotas, board diversity disclosure requirements, and corporate governance codes asking boards to consider gender in the appointment of directors, than there were papers published on board gender diversity in the same FT journals (excluding the Journal of Business Ethics). Not surprisingly, the policy documents underlying these policies were more likely to cite reports by consulting companies than papers by academic economists.

The recent Senate Bill No. 826 mandating board gender quotas in California is a case in point: The Bill cites evidence by Equilar, MSCI, McKinsey, and Credit Suisse, but it does not cite a single paper in the economics literature.

Republished with permission from ProMarket 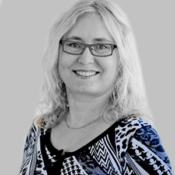 Renée Adams is a Professor of Finance at Saïd Business School, University of Oxford. Her work focuses on information flows on boards, bank governance, group decision-making, the governance of central banks and gender diversity on and off boards.
Share This Article
Share with your friends
Submit