By Michael Jacobs and Mariana Mazzucato

The election of Donald Trump, and the Brexit vote in the UK, have both been widely interpreted as a revolt of the economically ‘left behind’: a protest by working class voters at the impact of globalisation on their jobs and living standards. In neither case is this the whole explanation: in both the UK and US, plenty of people on higher incomes and in wealthy areas voted for the insurgent movement. But there can be little doubt that in Michigan and Merthr Tydfil, South Carolina and Sunderland, the disaffection of people on below-average incomes drove the outcome.

That voters should choose Trump or Brexit as the solution to these problems might remain a shock to many; the fact of this disaffection should not be. In the US, median household incomes are basically the same today as they were a quarter of a century ago – even though GDP has grown by almost 80 per cent over this period. In the UK the phenomenon is more recent: while there has been a similar divergence between median income and GDP growth over this long period, it is since the financial crisis that the stagnation of wages has been really marked. The median household disposable income in 2014-15 was barely back to its level of 2007-08. Indeed, in no region of the UK outside London and the Southeast is output back to its pre-crisis levels. At the same time the incomes of the richest 1 per cent in both countries have continued to surge ahead: in the first three years of the US recovery after 2008, an extraordinary 91 per cent of the gains in income went to the richest one-hundredth of the population.

This should give economists and policymakers pause for thought. It is hardly surprising that an economic system which distributes its rewards so badly should lose its popular legitimacy. It is of course the paradox of what we may now need to call the Brexit-Trump Syndrome – and it is a phenomenon which may well be repeated in European elections over the next few years – that the political beneficiaries will be unable to address their voters’ concerns. President Trump may increase infrastructure spending, which (if properly targeted and financed) would be good, but he has also pledged tax cuts for the rich and a trade war with China, which would be disastrous. Brexit can only damage the British economy – possibly severely, if the UK leaves the single market and the financial sector loses its passporting rights to trade in the EU.

The parallels aren’t exact and should not be overplayed. But one feature that the campaigns shared was a tendency to blame external forces for domestic economic problems. For real solutions, we need to look deeper. For the huge rise in inequality and the loss of skilled jobs over the last four decades which have propelled Brexit and Trump, results are not due to the unstoppable forces of globalisation. They are the result of active political, policy, and business choices. Rather than blaming others, it is these choices we should be questioning – and the problematic economic theory which has influenced them.

Globalisation and technological change did not need to lead to the hollowing out of skilled jobs and downward pressure on median incomes on the scale that has occurred in the US or UK. It is governments’ ability to shape and create markets, and to negotiate their terms and conditions, that determines the kind of economy that emerges from these global and technological forces. The tragedy of globalisation over the last 30 years is that it has occurred at the same time as the dominance of an economic orthodoxy that saw the state retreat from active economic management. The precise opposite was required: as international trade – which increases national income but brings inequality and geographic dislocation – expanded, what was needed was a more active state redistributing its rewards to develop the productive economy and to ensure fairer outcomes.

Instead, orthodox economic theory has guided poor economic policy. Take investment as an example, where there has been a stark failure of both public policy and private action. Not only has the finance sector grown into an increasingly unbalanced proportion of the economy, but the so-called ‘real’ economy has become increasingly financialised. Justified by the ideology of shareholder value, large US corporates have returned cash to shareholders in record amounts to boost share prices (and with it executive remuneration) rather than reinvest in future productive capacity. As the economist Bill Lazonick has shown, in the decade to 2003-2012, the largest 500 companies returned more than $2.4 trillion to shareholders in the form of share buybacks. Today, more than $2 trillion of idle cash is sitting on the books of public companies in the US, rather than being reinvested, with a further €2 trillion in Europe.

This private failure to invest is matched by a failure of public investment. The narrow debate on austerity since the financial crash has focused on the size of annual deficits, rather than on the composition of public spending and the contribution it can make to long-term growth. This problem is compounded by the orthodox economic view that limits the role of public policy to correcting ‘market failures’. Firms are assumed to be ready and willing to invest, with the role of policy limited to removing the barriers that might be inhibiting them from doing so. But as Keynes noted, the ‘animal spirits’ that drive business investment must be created, they cannot be assumed. Strategic investments by public agencies with public missions and purposes can shape and create new markets, generating the desire to invest by businesses which see opportunities for future profit-making.

What needs to happen is that the gains from globalisation and trade – which predominantly go to those on higher incomes and particular sectors, such as finance and high-tech – need both to be taxed properly (with a much stronger clampdown on tax avoidance and evasion) and to be reinvested in productive capacity and innovation. Governments need to adopt a much more proactive economic strategy of supporting investment-led growth, using fiscal powers, labour market regulation, public investment and ‘mission-oriented’ market creation to shape economic development. They should also think much more creatively about how to socialise not only the risks but the rewards of investments they have supported. In areas like drug pricing, patent laws and the financing of innovation, the state has been far too willing to take the costs while allowing the private sector to reap the benefits.

Why have governments not adopted proactive economic strategies of these kinds? A large part of the reason is that for forty years they have been in thrall to a set of orthodox economic theories which have claimed they would not work. The dominant economic consensus has been, rather, that financial markets are efficient, corporations will best innovate and invest when left to themselves, rising inequality is the price to be paid for growth, and the best role for government is to get smaller.

The great financial crash and the profound failure of the austerity policies which followed it should already have blown this orthodox economic consensus away. The Brexit-Trump Syndrome should finally bury it. It is not simply that the public no longer believe in the prescriptions of economic orthodoxy, though that appears to be increasingly the case. It is that the economic evidence does not support them. In fact, unregulated financial markets are prone to misallocating resources and creating asset bubbles which must inevitably burst. Corporations and financial asset holders seeking to maximise shareholder value tend to under-invest in long-term growth. Innovation is best galvanised through a partnership of public and private finance. Public investment banks can crowd in private capital when demand is weak. More unequal economies tend to have worse growth performance.

What is needed now is an economics based not on the abstract simplicities of ‘markets’ and ‘market failures’, but on the evidence of how contemporary capitalism actually works, and why in key respects it now doesn’t. Fortunately there are rich seams of thought in academic economics which can help to do this – those of Polanyi, Keynes and Schumpeter, and the post-Keynesian, evolutionary, institutional and behavioural schools.

The Brexit and Trump electoral results make this increasingly look like the beginning of a new political era. If policymakers are to respond in better ways to the new popular mood, they need to engage in a fundamental rethinking of capitalism – guided by better economic theory and a more dynamic relationship between theory and policy. 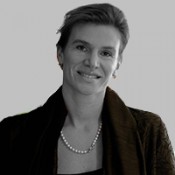 Michael Jacobs is Visiting Professor in the School of Public Policy, UCL, and Director of the IPPR Commission on Economic Justice. Mariana Mazzucato is RM Phillips Professor in the Economics of Innovation at SPRU, University of Sussex.
Share This Article
Share with your friends
Submit